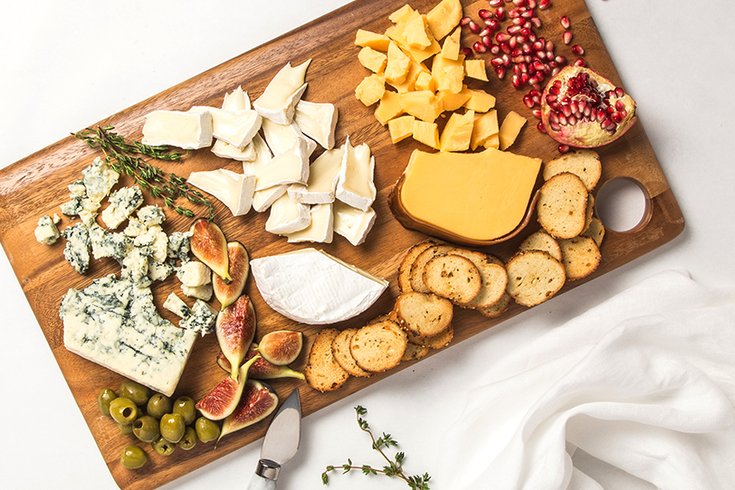 And now, the latest question...

'Twas the night before Thanksgiving Eve and all through the bar, Quizzo teams were grappling with a round of questions describing unusual news events.

Specifically, they had to answer whether those events occurred in Florida or Ohio. (This, because the craziest of stories tend to emanate from one of those two states.)

One specific question devolved into a heated discussion: "Where did a supermarket deli worker get locked up for allegedly eating $9,200 worth of deli meat (for free) over the course of eight years?"

Obviously, that's a total alpha power move, but a number of people (myself included) started crunching numbers as to whether they have eaten $9,200 in deli meat over the past eight years.

Your answer is particular to you. There will be no judgment here.

I staunchly maintained that it was, in fact, possible to eat that much lunch meat, particularly because cheese is eaten regularly and often by the lactose-tolerant among us.

This threw the philosophical opposition for a loop akin to those hot-dog/sandwich, blue-black/white-gold dress, Yanni/Laurel wars of old.

Many in the crowd disagreed wholeheartedly. No, Hickey, cheese is not a meat. As such, cannot be a lunchmeat.

Au contraire, they allowed me to retort. By being a cold cut and deli offering, cheese is, in fact, a "lunch meat" even if only semantically speaking. If you can go to a deli and buy just cheese for your sandwich, it qualifies as a lunch meat. Cold cuts are lunch meats by their very nature of existence.

There was no closure on this debate by night's end. Both sides were entrenched in their rightness. It was then that I decided to seek input from an expert.

That prompted a call to Philly's own Dietz and Watson, which has a slew of slicing cheeses in its deli case. Steve Reilly, the company's communications and partnership manager, was kind enough to entertain that query on Thanksgiving Eve.

I hear what he's saying to a certain extent.

Still, despite that level of expertise that Reilly drew upon, I firmly maintain that the block of cheese is in the deli case is semantically a lunch meat, even if cheese will never mistaken for a meat meat. This is a hill upon which I'm prepared to (in a debate sense) die.

Still, we want to know what you think so here's a poll, thus allowing y'all to weigh in as well. Here's hoping I'm not the only person out there who thinks cheese is a lunch meat.

Oh yeah, you're probably wondering where that deli theft took place, you know, the situation that prompted this entire debate in the first place.

The answer is Ohio, specifically a Giant Eagle supermarket in Bolivar. And, for edification's sake, the female employee nibbled on ham (and sometimes salami) on a daily basis.