Pols describe how they're really feeling on Election Day 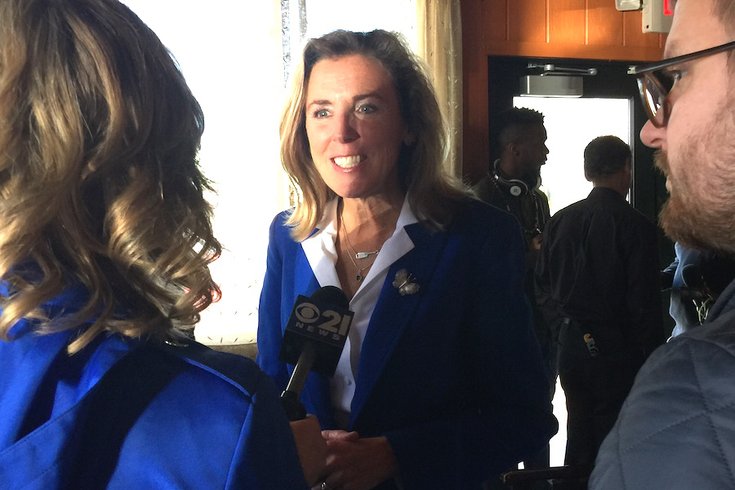 When members of the city’s political contingent made their way to Relish restaurant in West Oak Lane for the annual Election Day lunch gathering, PhillyVoice presented them with a question that seemed easier to answer than it ended up being.

It went a little something like this: In one word, describe your feelings about the end of a tumultuous presidential campaign that drove the country to the brink of insanity.

Turns out that the one-word limit was a bit too confining for the thoughts of folks who speak a lot in the course of their daily lives.

So, we gave them a little leeway. After all, today marks the end (wish, wish, hope, hope) of a tense time in American history. Here’s what they had to say:

City Councilwoman Jannie Blackwell: “This victory feels exhilarating. It's a major moment in our lives. It’ll make all of the battles worth it. It feels like 2008 when Barack Obama won.”

U.S. Senate candidate Katie McGinty: “Hopeful. Inspired. Energized. This great country is filled with good people, and I’ve been honored to hear their stories. I look forward to serving them in Washington.”

State Attorney General candidate Josh Shapiro: “Exciting. Exhilarating. Optimistic. It’ s a great day. Election day is the great equalizer in democracy. Everybody gets a vote and everybody’s vote counts the same.”

State Sen. Tony Williams: “I am hopeful Americans know what’s at stake in this election.”

Gov. Tom Wolf: “It’s great to be able to do our civic duty. It’s a beautiful day for democracy."