Popular Drake Tavern ordered to pay $26,000 in employee back wages 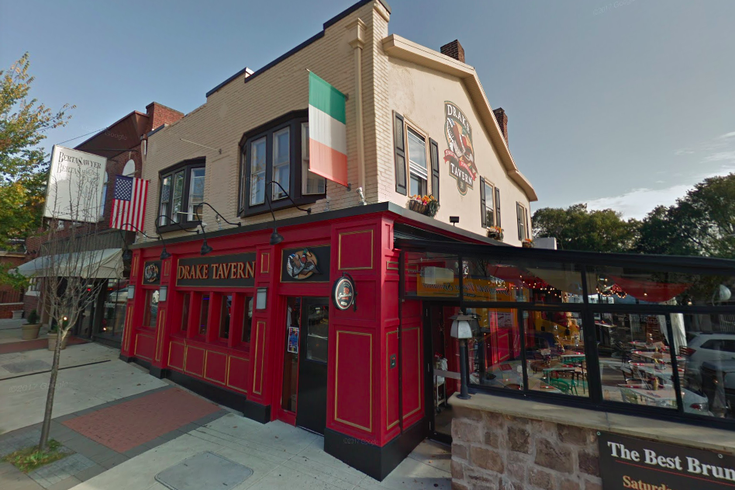 The Drake Tavern in Jenkintown, Pennsylvania.

The owner of the bustling Drake Tavern in Jenkintown has entered a consent judgment with federal authorities to pay nearly $26,000 in back wages and liquidated damages to 50 employees, the U.S. Department of Labor announced late last week.

An investigation by the department's Wage and Hour Division determined that Metro Kitchen Bar Inc. and its owner, Zachary Hulayev, willfully violated the minimum wage, overtime and recordkeeping provisions of the Fair Labor Standards Act.

Authorities discovered the tavern/restaurant had failed to pay some employees overtime at one-and-a-half times their regular rates of pay when they worked more than 40 hours per week. Management at the Drake specifically avoided paying back-of-house employees overtime by regularly reducing these employees' hours to below 40 per week, investigators said.

Authorities said the tavern deducted the cost of uniforms from the pay of tipped employees, dropping their pay below the minimum wage.

Metro Kitchen Bar Inc., operating as Drake Tavern, was also assessed a penalty of $15,120 for child labor violations and the willful nature of the monetary violations noted above. Investigators said the tavern allowed two 15-year-old employees to work beyond permitted hours.

Hulayev, who also owns The King's Corner Pub in Jenkintown, released the following statement to clarify what he felt was misleading information in the Department of Labor's allegations and subsequent media reports on the consent judgment.

Having dedicated 14 years to serving Jenkintown as the owner of The Drake and as the employer of 60 people (many of whom have worked with me for over a decade), I feel that is essential that I clarify the inaccuracies and misstatements that have been published on the consent agreement between The Drake and the U.S. Department of Labor (DOL).

In 2016, an issue involving two former employees was taken up by the DOL. As part of its review of the two employees, the DOL asked for retroactive printed schedules for all Drake employees. In the restaurant industry, as any local restaurateur will tell you – due to the rapid schedule shifts and employee's voluntary schedule swapping - documenting and archiving retroactive work schedules with exacting specificity is a near impossibility. At The Drake, work shifts range from 6-8 hours. Without printed retroactive schedules for all 60 employees, the DOL unilaterally assumed that the employees worked 9-hour shifts and calculated the alleged back pay based on 9-hour shifts for the last three years. Using its flawed analysis, the DOL claimed that $25,000 total was due to certain employees. The law requires that the back pay total be doubled.

Though we contested DOL's allegations, we agreed to enter into a settlement with the DOL. The agreement was in the best interest of all involved – and importantly – our employees. This allows us and our employees to move forward without any distraction and continue to service our community. The hard lesson learned is the critical importance of immaculate record-keeping – and we long ago put new protocols into place to ensure that schedules and timesheets are documented with greater accuracy.

· Employees of The Drake are provided their uniforms at no charge. Over the course of 14 years, four employees lost their uniforms and had to pay to replace them. This requirement is not illegal.

· The 15-year old employee exceeded his work schedule by 10 minutes. The DOL's fine for this was $1,282, not $15,021 as cited in recent coverage. There have never been any other child labor violations at our restaurant.

The Drake has always been committed to good corporate citizenship. We host fundraising events and donate to local charities whenever we are asked. We are the largest employer in Jenkintown Borough and we are proud to be a part of such a vibrant community. As I indicated earlier, I have learned a hard lesson about the importance of better record-keeping – one I am committed to resolving.

It is my sincere hope that we can all move on from here.