Post Flight: The Eagles found another way to win against the Packers 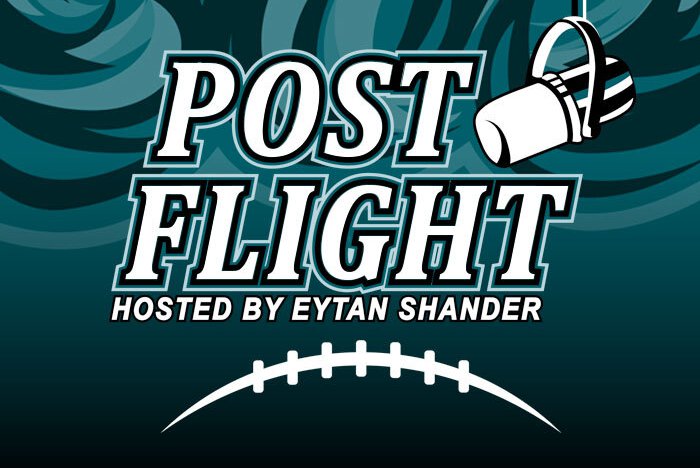 Welcome to Post Flight, PhillyVoice's weekly Eagles reaction show that airs the morning after each Birds game. Hosted by Eytan Shander, Post Flight features a rotating cast of PhillyVoice writers, including Jimmy Kempski, as well as other guests from around the football world.

From in-depth analysis of the most recent game to looking ahead at what comes next, Post Flight has you covered no matter what type of fan you are. And we do it all in about 30 minutes.

It doesn't matter how they do it but the Philadelphia Eagles are finding ways to win. Despite a poor performance from 2/3 of the team — it was the offense who saved the day with a record performance from NFL MVP Jalen Hurts. Miles Sanders pounded the ball on his way to 2 rushing scores, and Hurts still made some throws to keep the Packers far enough from truly striking. This was a masterful performance by Hurts and the Offensive Line. We hear from Hurts, Sanders, Nick Sirianni, and the calls from Sunday Night Football.

If you'd rather just listen, you can do so on Spotify, here. And as always, be sure to like and subscribe.