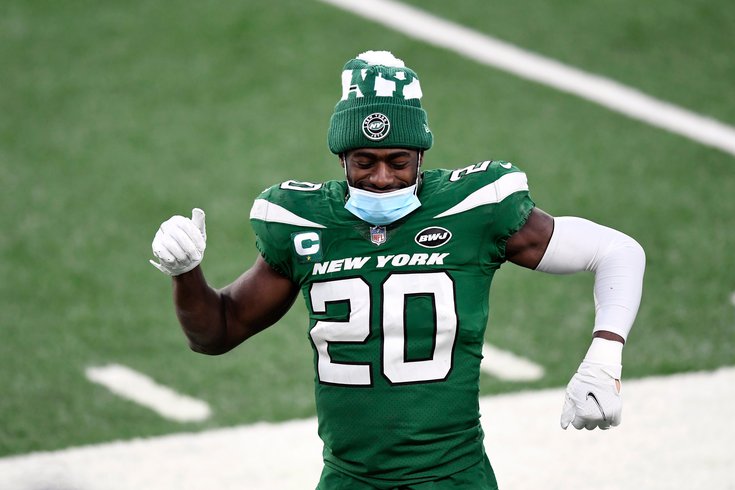 Over the last few weeks we've posted several articles laying out who we think are good fits for the Eagles in free agency. They mostly consisted of wide receivers, edge rushers, linebackers, and safeties. On Monday I ranked my top 10 Eagles free agency targets. The Eagles signed one of those players, DE/SAM hybrid Haason Reddick. Here we'll update that list, with new analysis after Day 1.

We'll group them by position:

• WR Christian Kirk, Cardinals: Kirk signed with the Jaguars. I'm told the Eagles made a solid offer to him, but Jacksonville priced all interested teams out of the market.

• WR DJ Chark, Jaguars: Chark reportedly agreed to terms with the Lions on Tuesday morning. The Eagles had some interest. I don't know if they made an offer.

• WR Zach Pascal, Colts: Pascal is one of Nick Sirianni's favorite players ever. In the past, we've seen Howie Roseman throw his coaches a bone by letting them sign their faves, like they did with Chase Daniel for Doug Pederson or about a half dozen players for Jim Schwartz. Pascal won't require a heavy target share and should be willing to do some of the dirty work in the Eagles' offense. Pascal is probably a fallback option if the first- and second-tier guys are too expensive. We might already be there.

• WR JuJu Smith-Schuster, Steelers: The Eagles reportedly had interest in Smith-Schuster last year, and he makes sense as a big, tough slot in the Eagles' offense. However, I'm told the Eagles are not interested in him.

The safety market has been more lucrative than expected, but a number of appealing options remain on the market.

• S Marcus Maye, Jets: Maye would make sense as a mutually-beneficial one-year rental during which he could rebuild his value on the back end of the Eagles defense, while the Eagles find a short-term upgrade on Anthony Harris. He is still available.

• S Terrell Edmunds, Steelers: Edmunds is a size-athleticism freak who has been a decent starter for the Steelers after they selected him in the first round of the 2018 NFL Draft. It would have been too expensive for Pittsburgh to exercise their fifth year option both on Edmunds and his safety counterpart in Minkah Fitzpatrick, so Edmunds will be a rare first-round player who has played decent enough to hit the free agent market after just four years. He is still available.

• LB Jordan Hicks: Hicks has been surprisingly durable for the Cardinals after being unable to stay healthy with the Eagles. In 2021, Hicks had 116 tackles, 4 sacks, and 5 pass breakups. In his three years in Arizona, Hicks has racked up 384 tackles, and did not miss a single game. Hicks will turn 30 in June, which is not ideal, but he would instantly upgrade the Eagles' linebacker position, and obviously there's some familiarity.

• LB Nicholas Morrow: The Raiders had success converting Morrow from a safety into a linebacker after signing him as an undrafted free agent in 2017. In 2020, Morrow allowed just 4.5 yards per target, per pro-football-reference.com. He was also a threat as a blitzer, as he collected three sacks and eight pressures on the season. In 2021, Morrow was a free agent, but he signed back with the Raiders on a fully guaranteed one-year deal worth $4.5 million. However, he suffered an ankle injury during training camp and missed the entire season.

After signing Reddick, the Eagles are highly unlikely to spend big money on another edge rusher, such as Chandler Jones or Uchenna Nwosu. Cross them off the wish list.

I do still see the Eagles drafting a defensive end in the first round of the 2022 NFL Draft.