Montco's Kenny Vasoli: From The Starting Line to 'Good As New'

Thrust into the spotlight as a teenager, the singer has undergone a musical evolution 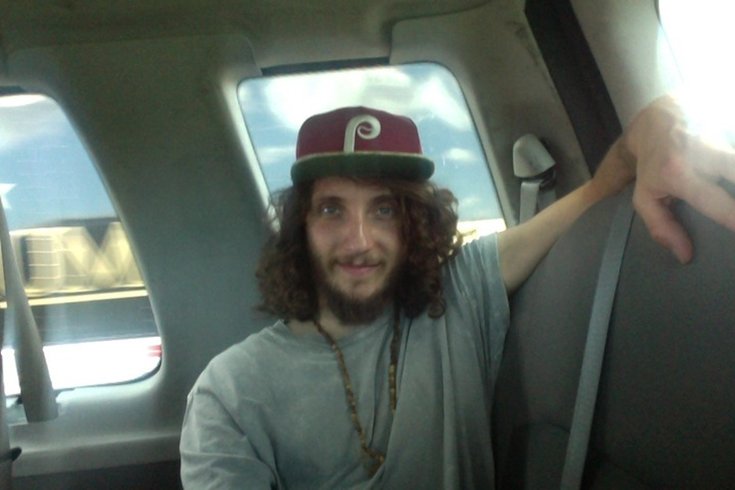 Over a half-dozen people, which would eventually grow into a packed-to-capacity crowd, are standing outside the Music Hall of Williamsburg in Brooklyn on a warm Thursday night in September.

When the doors open, someone jokingly mutters “Kenny?” as if Kenny Vasoli, lead singer of the night’s headlining act, was about to pop out.

The Montgomery County native would probably enjoy being in one of his fans' shoes as much as he enjoys playing for them with Vacationer.

Vasoli admits when he rose to fame as the teenage lead singer of The Starting Line, he was a “rabid” fan of music.

“I still try to hold onto as much of that spirit as I can.”

That attitude has driven Vasoli, who left a band that cracked Billboard's top 30 albums twice, to fulfill himself creatively, a turn that initially left him with a smaller audience.

Now he's touring with a third band that he hopes will help him avoid growing stale and satisfy him as an artist and successful musician.

Vasoli's mentality is alive and well in Brooklyn, where he joyfully dances and sings on stage working through the indie electro-pop that the new group has gotten a name for.

The 31-year-old Willow Grove resident sports long, shaggy hair, a scruffy beard and a vintage-style Phillies hat corralling the mop on his head, all surrounding a near-permanent grin. He says you can usually tell how he’s feeling, by the way he grooms himself and by the music he’s writing.

After more than a decade-long career in music, that has taken many different forms.

“Based On A True Story”

When The Starting Line’s debut album “Say it Like You Mean It" was released in 2002, Vasoli was just 18.

That album shot the band into the limelight of a then-thriving pop-punk scene. It was marked by the success of hit single "Best Of Me," a song stuffed with a wordy chorus, angst and biting guitar riff, as were many songs from that scene.

He was living the dream of many of his peers; as a student at Hatboro-Horsham High School, Vasoli quickly began playing shows with the artists he idolized.

“To a 17-year-old kid that, like, got his junior year picture in a New Found Glory hoodie,” Vasoli said, speaking of the band best known for anthems like "My Friends Over You."

“And now the guys [were] like, singing the songs. It was a trip.”

“I have been historically, blissfully ignorant about how the music industry works, because I just love playing music. I just try to do that as much as I can.”

Despite his nearly undying optimism, Vasoli was quickly introduced to the sometimes frustrating realities of the music industry. During the recording of the group’s second album, "Based On A True Story" (2005), the band would send songs to their label, Geffen Records, and have them returned several times for rewrites and tinkering. The process was a trying one, Vasoli admits, and led to a record he’s proud of but which came out “fragmented.”

Nevertheless, the experience hasn’t left him jaded. Luckily for him, his fellow band members were a few years older and more experienced in the workings of the business. Now he tries to surround himself with people who can take care of the gritty aspects of music because he just wants to play.

“I have been historically, blissfully ignorant about how the music industry works because I just love playing music," he said. "I just try to do that as much as I can.”

The trying production of "Based On A True Story" in some ways reflects the record’s underlying theme: the absurdity of celebrity. Vasoli had achieved his own share of notoriety by that point, but was also inspired by television and American’s obsession with the stars.

“With the success of 'Say It Like You Mean It,' there was a few points where I remember feeling a little overwhelmed by being around crowds,” Vasoli recalled, noting his joint fascination with the culture of red carpets and reality television.

“It was probably just a reaction to that, and I had always just written about what I was feeling and what was going on in my life."

“Going through a change”

Person L was just a side project when The Starting Line’s third and final album "Direction" (2007) was being recorded.

As Vasoli puts it, his new band was a way to get his “weird-ies” out. But after "Direction," it became his full-time creative focus, as he felt in some ways spent with his original band.

The Starting Line decided to split.

"I probably was the leader in us cooling down. I think I had probably reached a point where I felt a little bit tapped creatively to write for that band," he said.

Vasoli’s new endeavor was certainly a departure from the genre he grew up in. Heavily influenced by Radiohead with inflections of blues and soul throughout, both of Person L’s albums, "Initial" (2008) and "The Positives" (2009), often featured him wailing at the top of his lungs.

His foray into new sounds was like growing out of childish eating habits, like beginning to enjoy broccoli, he says. For example, as a bassist, hearing the riff in Radiohead's "Airbag" changed his outlook on how he could utilize his instrument.

“It was a big release to get all the out," Vasoli noted.

In the song “Untitled” from "The Positives," a steady, rhythmic guitar builds up to the chorus where Vasoli belts “I was going through a change,” showcasing a controlled, raspy register that he explored only a few times with his previous group.

“I think I really needed that. It was an exercise in stretching my boundaries.”

"Life is short dude," Vasoli said, speaking about his ever-changing creative outlets. "If I'm given the opportunity to be in the driver's seat, I don't want to paint myself into a corner of being trapped in these same 20 songs for my whole life."

Vasoli would test the limits of his vocal chords while Person L played small, intimate venues. That was fun, but the next step never came. The band's ceiling seemed to be opening for bigger bands, not headlining. On top of all that, the screaming was beginning to take a toll.

“Because I was flipping out and screaming at the top of my lungs every night I was just like destroying myself on stage," Vasoli said.

That requires a certain level of endurance, and as Vasoli jokes, he’s no Dave Grohl.

While bouncing and swinging his bass around his body, Vasoli repeatedly mentions the "vibe" in Brooklyn the night of Vacationer's September show. He asks what it's like inside and claims he's overwhelmed by it.

Vacationer has now released two records since its inception: “Gone” (2012) and "Relief" (2014). Those simple titles reflect the seemingly tranquil, clear-minded state Vasoli has entered with his new group.

"Life is short dude," he said, speaking about his ever-changing creative outlets. "If I'm given the opportunity to be in the driver's seat, I don't want to paint myself into a corner of being trapped in these same 20 songs for my whole life."

Vasoli, so far, has avoided that fate. "There's no point in making plans, the wild life is human nature," he sings on one of "Relief's" tracks.

He had a vacation planned with his then-girlfriend while writing the lyrics for "Gone." But they broke up and he took the trip by himself, finishing up a good chunk of the album while away in Europe.

That led to the band's name and the energy from losing love inspired the music itself. Except this time around, heart break doesn't come in the form of thundering power chords and sometimes vindictive ballads.

"It's still punk rock," Vasoli said, noting that despite his recent musings, he still enjoys loud music. "We're always going to sound like The Starting Line. I feel like I've stepped back far enough that I can really identify with what I liked about pop punk and what I appreciate about it now."

The change of pace is not only evident in his lyrics, but also his vocal style. Unlike his throat-testing shouts with Person L, Vasoli is learning how to not let it all out at once.

"My favorite people are the people that really hold back," he said. "You know they can wail, and occasionally they do, but [it's great] when they just hold it back and just do it great."

Vacationer's current tour lasts until November, ending at one of Vasoli's favorite venues in Philly: Union Transfer. In December, he'll reunite with The Starting Line for a show at The Starland Ballroom in Sayreville, New Jersey. The group is also working on new music, with an unspecified release date.

"It's still punk rock," he said, noting that despite his recent musings, he still enjoys loud music. "We're always going to sound like The Starting Line."

"I feel like I've stepped back far enough that I can really identify with what I liked about pop punk and what I appreciate about it now."

New music, he said, feels like the next natural progression for the band. For now, Vasoli is enjoying his musical vacation, so to speak, and that's incredibly apparent in Brooklyn.

He said the style of his new music takes the pressure off of feeling like everyone needs to be dancing at all times. But that doesn't stop the crowd from grooving to his songs, seemingly mimicking his moves.

Throughout the show, an aura of positivity emanates from the stage.

"I really love my job," he proclaims.

It's hard to imagine anyone doubts him.