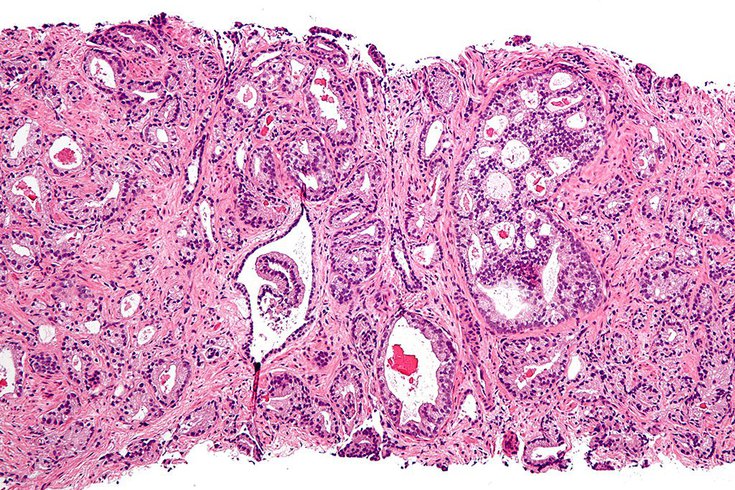 The number of DESNT cells in a tumor make some prostate cancers more aggressive – and more deadly, according to new research from the University of East Anglia in the United Kingdom.

Most American men diagnosed with prostate cancer will not die of it, but the disease is so prevalent that it remains the second leading cause of cancer death among men.

The American Cancer Society estimates that there will be about 191,930 new cases of prostate cancer and 33,330 death in the United States this year. Predicting the aggressiveness of a tumor remains a treatment challenge.

New research from the University of East Anglia in the United Kingdom offers some insight on why certain prostate cancers are more aggressive and likely cause death than others.

"It usually develops slowly and the majority of cancers will not require treatment in a man's lifetime," Colin Cooper, a cancer researcher at the University of East Anglia's Norwich Medical School, said in a statement. "However, doctors struggle to predict which tumors will become aggressive, making it hard to decide on treatment for many men.

"This means that many thousands of men are treated unnecessarily, increasing the risk of damaging side effects, including impotence from surgery."

Their findings revealed that the number of aggressive cells in a tumor sample defines how quickly the disease will progress and spread. They also discovered three new subtypes of prostate cancer. They hope their research will help eliminate unnecessary treatment that can have damaging side effects.

"By applying the Latent Process Decomposition process and analyzing global prostate cancer data sets, we discovered an aggressive form of prostate cancer known as DESNT – which has the worst clinical outcomes for patients," said Vincent Moulton, one of the collaborators from the university's School of Computing Sciences.

The team studied gene expression levels in 1,785 tumor samples and found that the more DESNT cells, the quicker the disease would progress and spread.

Dr. Daniel Brewster, co-lead researcher, added that patients with a tumor that is a majority DESNT cells will more likely get metastatic disease where other parts of the body are affected by the malignancy.

"This research highlights the importance of using more complex approaches for the analysis of genomic data," he said.

The findings are published in the British Journal of Cancer.