Economic crisis in Puerto Rico could spur migrations to Philadelphia

Earlier this month, Puerto Rico defaulted on a bond payment, paying only $628,000 of the $58 million owed. This is but the latest chapter in the island’s woes, which has been suffering through a recession for nine years and is burdened with $72 billion of debt.

The population already seems to be swelling due to the island’s escalating economic crisis. The housing arm of Concilio, one of the city’s oldest Latino advocacy organizations, has seen an influx of newly arrived residents from the island in 2015. 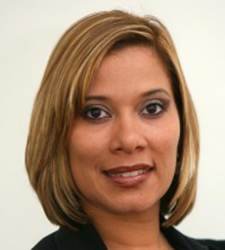 “I would have to say that I think we are going to be seeing greater numbers trying to relocate,” says Otero-Cruz, just back from a trip to Puerto Rico to visit family. “I’ve been there many, many times, [but this time] I spoke with locals folks who said, ‘I want a better life for my kids and if I’m not going to have it here, I need to move.’ These are people who have said to me in the past they would never move to the United States.”

Puerto Rican migration to the mainland has been on the rise since 2006, as the island’s economic crisis began before the Great Recession, ravaged the population to a greater degree, and continues unabated. The latest Census estimates put the poverty rate at more than 45 percent and the median household income at less than $20,000, while a New York Federal Reserve report found its labor force participation rate to be one of the lowest in the world. A Pew study last year found that between 2010 and 2013, the rate of migration outstripped similar tallies in the decades of the 1970s, 1980s, and 1990s – leading to Puerto Rico’s first population decline since the U.S. conquest of 1898. The population peaked at 4 million in 2009, but by 2013 had fallen by 400,000.

Migrants often tend to move they already have friends, family, and other community ties. By that calculus, Philadelphia could continue to be a natural destination for new arrivals (if not necessarily a permanent home). The city’s Latino population is overwhelmingly Puerto Rican: in the 2010 Census they comprised 121,643 of a total population of 187,611. The latest census data shows 131,574 Puerto Ricans in Philadelphia, almost as many in all of Illinois' five-million-resident Cook County, home of Chicago.

“The Philadelphia community has a long tenure, all the way back to World War II,” says Carlos Vargas-Ramos, research associate at Hunter College’s Center for Puerto Rican Studies. “You may have a chain reaction as people leave Puerto Rico for places like Philadelphia because they may encounter a familial safety net. When it comes to migration many people come with the intention of just remaining a few years but then end up staying permanently. But I am hesitant to say the move will be permanent. It also depends on conditions in Philadelphia.”

The Puerto Rican population continues to grow in traditional neighborhoods like west Kensington and in newer communities of the lower northeast like Juanita, Mayfair and Castor Gardens.

But most Puerto Ricans leaving the island will end up a lot closer to home. This recent mass migratory event has largely been focused on Florida, especially Orlando and its abundant Disney-related service sector jobs. Pew’s 2014 research found that the percentage of Puerto Ricans living in the Northeastern United States fell from 74 percent in 1980 to 52 percent in 2010. Florida’s Puerto Rican population, meanwhile, grew by 75 percent from 2000 to 2010, making it the state with the second largest population after New York. In 1980 Pennsylvania’s Puerto Rican population was roughly the same as Florida’s, but today it is more than twice as large.

In the Northeast, Pennsylvania is the state with the fastest growing Puerto Rican population. Between 2000 and 2010 four of the 10 counties with the fastest growing Puerto Rican populations were in northwestern Union, Luzerne, Lackawanna and Carbon counties. Small cities like Reading, Allentown, and Bethlehem have also been attracting many Puerto Ricans, especially those fleeing the skyrocketing rents of New York City and its metropolitan region. 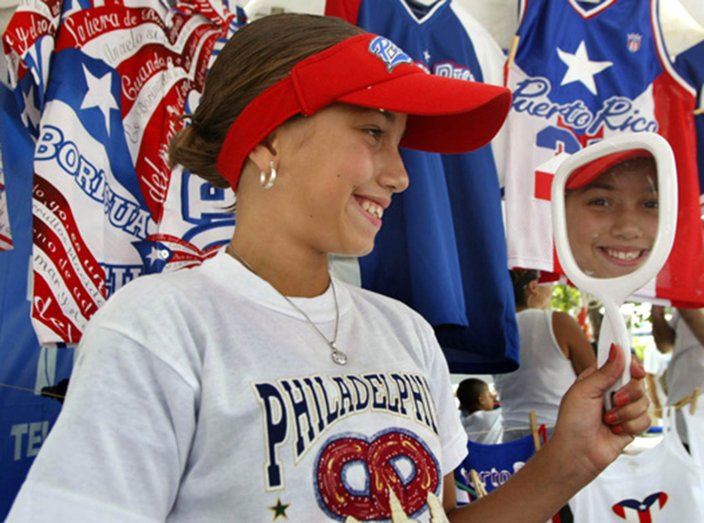 A young girl has fun at the Annual Puerto Rican Day Parade on the Benjamin Franklin Parkway. The event, Philadelphia’s largest outdoor celebration of Puerto Rican and Latino heritage, is organized by the Council of Spanish Speaking Organizations of Philadelphia (Concilio). (R. Kennedy / For GPTMC)

But Otero-Cruz notes that the Puerto Rican population is fluid, and many who live in the northwestern reaches of the state may also wind up in Philadelphia.

“Our families are very, very transient,” she says. “They are here for a few months and then move back to Reading, following the job opportunities. Many of them are going to Reading or Allentown when they aren’t finding work in a timely fashion.”

But many then come back, especially as construction work dries up in the winter months.

Language barriers and entanglements with the criminal justice system can make finding work difficult, especially in Philadelphia’s stagnant job market, where much of the employment is found in outlying counties.

“I know a young man who came from Puerto Rico on his own, his father is here, but it’s hard for him to get a job,” says Edwin Desamour, executive director of Men In Motion In The Community. “There are language issues, but he is over here trying to make it. He is selling trash bags on the corner making $40 a day.”

But no matter how difficult navigating Philadelphia’s economy can be for newly arrived Puerto Rican migrants, the situation on the island is worse. Unlike U.S. cities like Detroit, Puerto Rico cannot declare bankruptcy. A recent report commissioned by the island’s government recommended cutting the minimum wage, slashing safety net support programs, and laying off public sector workers.

The economic situation in Puerto Rico is likely to get a lot worse before it gets better. Until it does, Philadelphia’s Puerto Rican population will likely continue to grow ever larger.