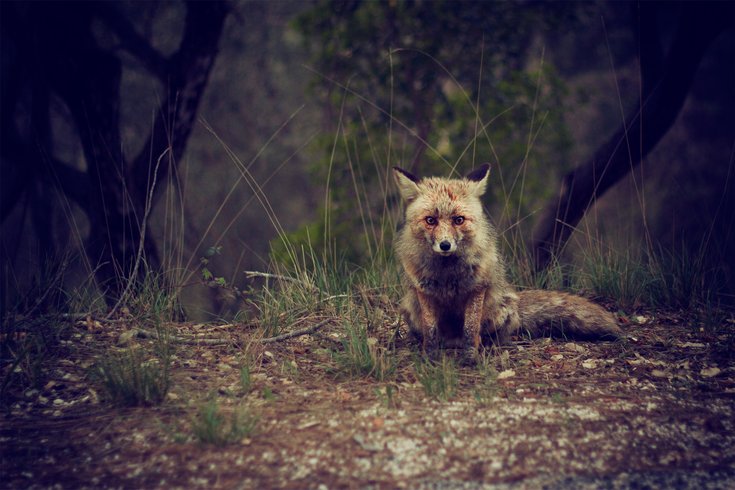 A rabid fox, its behavior described by the Burlington County man it bit as if it were a  “terminator or a zombie” was killed after attacking a man, biting him once and then repeatedly stalking him.

The attack happened May 26, at about dusk in the 200 block of Warren Street in the borough, according to Police Chief Gene J. Di Filippo.

Writing on Facebook, the chief said Campbell at first thought the animal was a domestic pet.

But then Campbell told NJ.com that the fox jumped up, bit him in the hip, piercing his clothing.

"He was attached at the hip," he said. "It was parallel sticking out from my hip as I was smashing it with my hands."

Campbell said the animal looked to be about 15 to 20 pounds.

But the fox kept coming back after Campbell.

"It didn't charge at me, it just kept treading back up to me," he said. "It wasn't hissing or foaming at the mouth or anything."

Campbell said the fox approached at least 15 more times and each time he kicked it to fight it off.

The final kick was to the chest, smashing the fox into a fence where it caught its leg long enough for Campbell to escape inside.

He cleaned out his wound, then he headed outside to drive to the emergency room.

The fox followed him again.

Campbell ducked into to his garage and fox again followed him. He rushed out and trapped the animal inside.

Authorities arrived and dispatched the animal. A lab verified it was rabid.

Campbell got a tetanus shot and then began the rabies series.

The chief cautioned that residents to treat every wild animal as it has rabies and avoid contact.