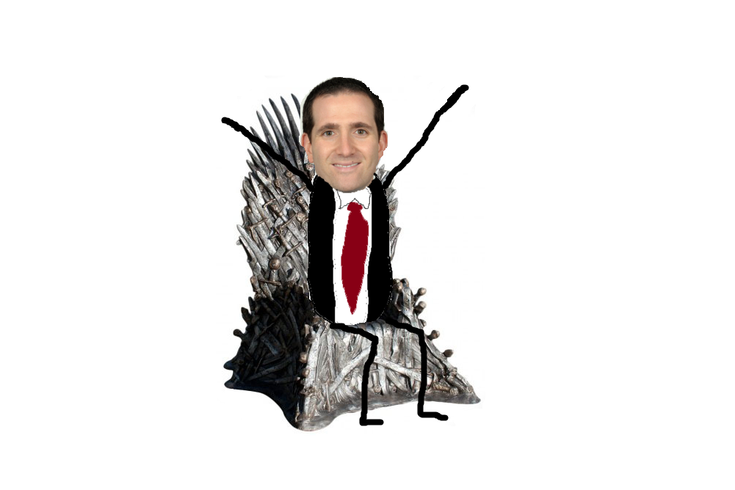 Philadelphia Eagles fans are hard on Howie Roseman, sometimes for good reason. However, he deserves credit when it's due, and Howie has had himself a good offseason, simultaneously improving the roster while also adding future assets.

Let's rank his half dozen best moves this offseason, and since we've been negative all week long, we won't mention* some of the more questionable decisions, like signing Fletcher Cox for $14 million or bringing back Derek Barnett.

We'll do this is countdown order.

The Eagles had an obvious need at the second cornerback spot opposite Darius Slay, and in Bradberry they found an upgrade over 2021 starter Steven Nelson. Because he was released so late in the offseason, Bradberry was also probably a lot cheaper at $7.5 million than he would have been if he had the opportunity to hit the free agent market like everyone else in March.

For the second year in a row, the Eagles were able to sign a starting-quality corner late in the offseason for less than what they were worth, and in this case, they got a player who would be the CB1 on some rosters. The cornerback position is now a strength on this team.

In 2020, Reddick, finished with 12.5 sacks and six forced fumbles, though five of those sacks came against an awful Giants offensive line late in the season. Prior to 2020, Reddick only had 7.5 sacks in his first three seasons in the NFL. He was also seen as sort of an oddball player, in that he's listed at 6'1, 235, which isn't exactly an ideal size for your prototypical edge rusher.

The Panthers took a shot on him, signing him to a one-year deal worth just $6 million (fully guaranteed), and it wound up being one of the rare good moves they made last year. Reddick wasn't just a one-year wonder, rewarding Carolina with 11 sacks, 18 QB hits, and two forced fumbles. He was actually in on 14 sacks, but had to split six of them with teammates.

The Eagles badly needed to add a player who could cause disruption in opposing backfields, and in Reddick they found a productive 27-year-old in his prime.

4) Trading up for Jordan Davis

In Davis the Eagles added the most athletically impressive defensive player (for his size) maybe ever. If you have reservations about some perceived flaws, namely that he's a run-stuffer only or that he needs better conditioning (stamina-wise), I would encourage you to watch this video from Josh Norris and Ben Fennell from a few weeks before the draft:

Some of the "never trade up" nerds took umbrage with the Eagles parting with three Day 3 picks to go get their guy, but if they hadn't they may have been looking at another "Marcus Smith situation."

The Eagles aggressively added a player both with a high floor and a high ceiling who can be a foundational piece for the future, and Roseman did the right thing by paying a tough-but-fair price to go get him.

3) Selecting Nakobe Dean in the third round

When the Eagles selected Cam Jurgens instead of Dean in the second round of the 2022 draft, it felt like mistake. But Dean somehow lasted until 83rd overall, when most had him projected as a first-round pick.

Dean fell because of his diminutive size, as well as concerns about a pectoral injury, which prohibited him from working out at the NFL Combine and Georgia's pro day. To be determined if that injury hinders him short-term or long-term.

The inclusion of Dean on this list is of the "luck" variety, since he fell further in the draft than anyone could have reasonably projected. Dean was a star player on one of the best college defenses ever, and he could be a steal for the Eagles at an annual position of need, you know, if his injury concerns prove to be a non-issue, as the Eagles have contended.

The addition of Brown was a major investment, both in terms of draft compensation and money allocation, but he is a star receiver who should give the Eagles instant big play ability. The Eagles had previously whiffed on several other attempts to acquire starting wide receivers this offseason, such as Calvin Ridley, Allen Robinson, Christian Kirk, and Robert Woods, but they ultimately ended up with a player who is better than all of those guys.

Brown should fit in nicely with the smooth route-running DeVonta Smith and speed demon Quez Watkins. The quartet of Smith, Brown, Watkins, and tight end Dallas Goedert is one of the best receiving groups in the NFL, on paper anyway.

By adding Brown, Jalen Hurts should have everything he needs to succeed in 2022 — an outstanding offensive line, a complete set of receivers with diversified skill sets, and a rushing attack that was dominant a season ago.

1) The trade with the New Orleans Saints

As a reminder, here are the details of that trade, made back on April 4:

The Eagles wanted to trade for either Russell Wilson or Deshaun Watson this offseason, but those talks never got anywhere because neither Wilson nor Watson wanted to be in Philly. The Eagles also clearly did not think much of the 2022 quarterback draft class. And so, they pivoted.

If Jalen Hurts does not definitively show that he should be the team's long term starter this season, the Eagles have the draft capital to make a splash move for either a veteran quarterback or a strong rookie prospect next offseason. If Hurts proves to be "the guy," then the Eagles can continue to build up their already strong roster otherwise.

Roseman was able to maintain that maneuverability while also adding potential impact players in Jordan Davis and A.J. Brown.