Rare 'Double Planet' will light up the sky this December

While this type of alignment occurs every 20 years, this year the two planets will be so close they'll look like they did in 1226 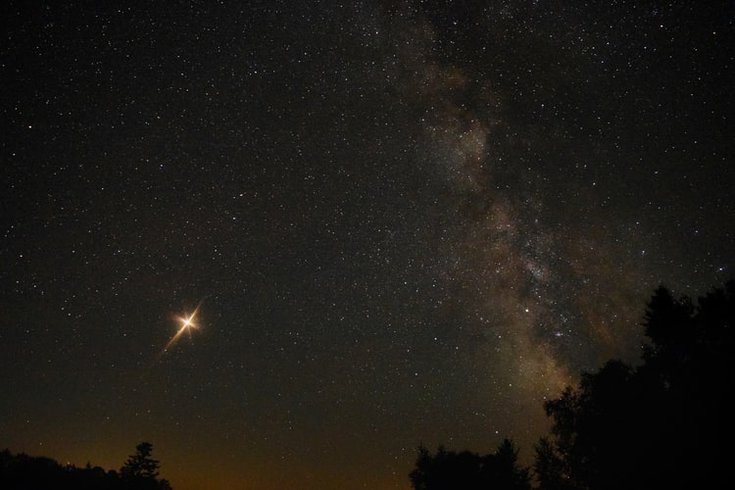 A "double planet" will light up the night sky on the Winter Solstice, marking an incredibly rare celestial event.

For the first time in 800 years, Jupiter and Saturn will align on December 21, creating what looks like a double planet.

While this type of alignment occurs every 20 years, this year the two planets will be so close they'll look like they did in 1226, Business Insider reported, making it an incredibly rare event.

Jupiter and Saturn are the two biggest gas giants in our solar system, dubbing this event "the great conjunction."

Patrick Hartigan, professor of physics and astronomy at Rice University, said on his website that the conjunction this year will be "exceptional."

"You'd have to go all the way back to just before dawn on March 4, 1226, to see a closer alignment between these objects visible in the night sky," Haritgan said. "In fact, they will be so close it may be a challenge to separate them with the unaided eye for many people."

While the two planets will look incredibly close, they are still hundreds of millions of miles apart, according to NASA.

The two will form a "double planet" that looks like a single point of bright light that will be separated by a distance in the sky equal to around one-fifth of a full moon's diameter, he said.

"Viewing conditions are best close to the equator, though no matter where you are there is maybe an hour or so to observe this conjunction before the planets sink into the haze," Harigan said.

The best time to look for the double planet is one hour after sunset towards the southwestern horizon. The farther north you are, the less time the conjunction will be visible in the sky. Hartigan said stargazers should bring their telescope or binoculars to get a better view and distinguish the two planets.

The event will run from Dec. 17 to 25, though Dec. 21 is when the two planets will be the closest together in the sky.

This rare event has happened only twice in the past 2,000 years, but another one is set to occur in 60 years. Hartigan said the 2080 conjunction might even be easier to see because it will be higher, above the horizon.

"The major challenge there is you'll have to stay alive for another 60 years to see it!" he said.