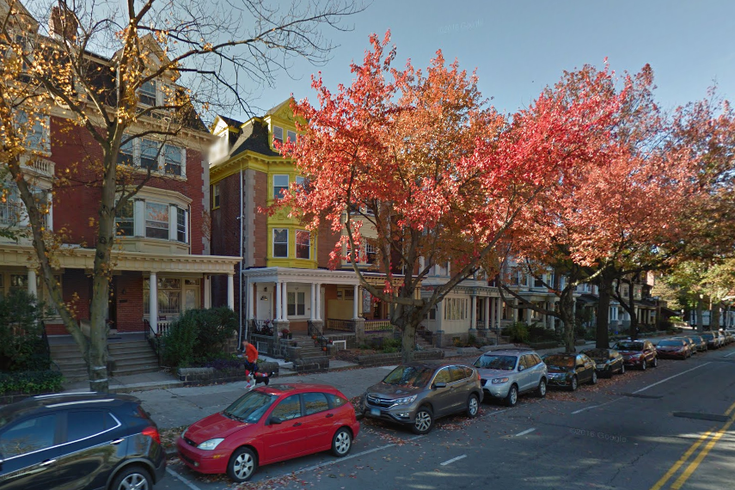 Row homes in Spruce Hill on Spruce Street between 43rd and 42nd streets.

A real estate website predicts a section of West Philadelphia will be the "hottest" neighborhood in the city during 2017.

Redfin's annual rankings uses data from its website to determine which neighborhoods in major U.S. cities are likely to have the most active real estate markets. Each city's top three "hottest" neighborhoods are picked based on how often users visit home listings in each neighborhood on the site, how often those listings are sold and how much time they spend on the market.

Spruce Hill topped the rankings for Philadelphia. The portion of University City stretches from 40th to 46th Street, and from Market Street to Woodland Avenue.

Real estate agent Jimmy Caraway wrote on the site that Spruce Hill was named "hottest" because of its abundance of large homes with outdoor spaces and proximity to universities:

“Spruce Hill is one of the few places in Philly where you can find large Victorian-style homes with lots of character on nice-sized plots of land. Often in other urban neighborhoods in this city, it’s common to see row houses that have no yard, but not the case in Spruce Hill. In addition to those large beautiful older homes, the neighborhood is near both University of Pennsylvania and Drexel University, and the University of Pennsylvania offers a subsidy to people affiliated with the school who move to the area. I’ve noticed more competition in the neighborhood recently and I think it’s a combination of people wanting to up-size and graduate students and professors who are drawn to the proximity of their university jobs.”

Spruce Hill homes listed on the site sold for a median price of $415,200, and spent an average of 29 days on the market.

Coming in second in the rankings was East Kensington, and coming in third was Point Breeze. Last year's Redfin list named Graduate Hospital as the hottest neighborhood, with Society Hill second and Bella Vista third.