Recommended vaccinations for children by age 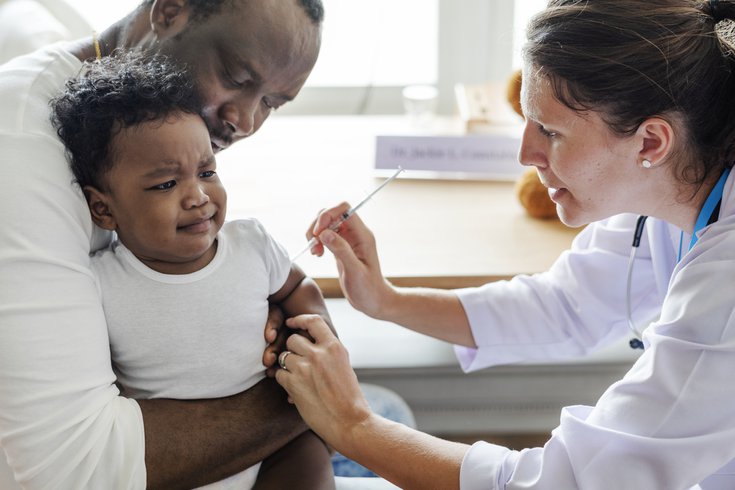 In the first half of the 20th century, thousands of people in the United States died each year due to polio. Polio primarily affected children, and in addition to those who died, it left tens of thousands more with paralysis of some kind.

If you were born in the 1960s or later, the polio epidemic feels like ancient history — there hasn’t been a case of it in America since 1979. This astounding reversal is due entirely to the development of an effective polio vaccine, which came into widespread use in 1955.

Polio is just one of dozens of diseases that have been tamed thanks to vaccines. Vaccines are injections, liquids, pills, or nasal sprays that work to teach your immune system how to defend against harmful viruses or bacteria. Vaccines come in many different types, ranging from those that use weakened or killed viruses, parts of viruses, or messenger RNA to teach your body how to respond. In the United States, all vaccines are rigorously tested and safe for use by you or your family.

When you have a child, it’s important that they receive all of the recommended vaccines on schedule. The American Academy of Family Physicians provides a schedule of the immunizations recommended for children by age:

Within the first six months

In the first six months of a child’s life, there is a wave of early, important vaccines:

• Hepatitis B: This three-dose vaccine starts at birth, with a second dose one to two months later, and the final dose at between six and 18 months old.

• Rotavirus : Available as either a two or three dose vaccine, starting at two months old.

• Diphtheria, tetanus, and acellular pertussis (DTaP): This vaccine begins with a series of three doses at two, four, and six months, a fourth dose at 15 to 18 months, and a final dose at between four and six years old.

• Hemophilus influenzae type b (Hib): This is another vaccine with doses at months two and four. The third and fourth (if needed) doses are given at 12 to 15 months.

• Pneumococcal conjugate: Given as a protection against pneumonia, this also requires the same dosing regimen as Hib, concluding at six months.

• Inactivated poliovirus: Four doses of the polio vaccine are given at months two and four, around a year, and again at four to six years old.

At one year old

In addition to the ongoing vaccine doses above, it’s recommended that children receive the following vaccines beginning at age one:

• Measles, mumps, rubella (MMR): Requires one dose at a year, with another between ages four and six.

• Varicella: Follows the same timetable as the MMR vaccine.

• Hepatitis A: This is a two-dose vaccine that starts at one year old, with the second vaccine at least six months later.

By the time your child is six, they have received the vast majority of their vaccine doses. At this point, there are only three additional vaccines all children should receive:

• Tetanus, diphtheria, and acellular pertussis (Tdap): Given at 11-12 years old, this is a different vaccine than the earlier DTaP.

• Meningococcal: Given in a two-dose series beginning at 11-12 years old.

Health care providers may recommend additional vaccines or different timing from the timetable above for children with certain health conditions. If your child misses a vaccine or is behind schedule, be sure to consult your pediatrician for guidance. The CDC has also published detailed guidance for how to catch up on vaccines.

While the course of vaccines is most significant for children, vaccines don’t cease to be important after childhood. There are other vaccines that are highly recommended for adults to receive, including an annual flu shot and the COVID-19 vaccine. No matter your age, receiving these vital protections are key to warding off diseases that could be much more debilitating than a simple trip to the doctor’s office for a shot.