Report: 2019 Made in America festival will not be on the Ben Franklin Parkway

The annual summer shindig is looking for a new locale, according to a Billy Penn report 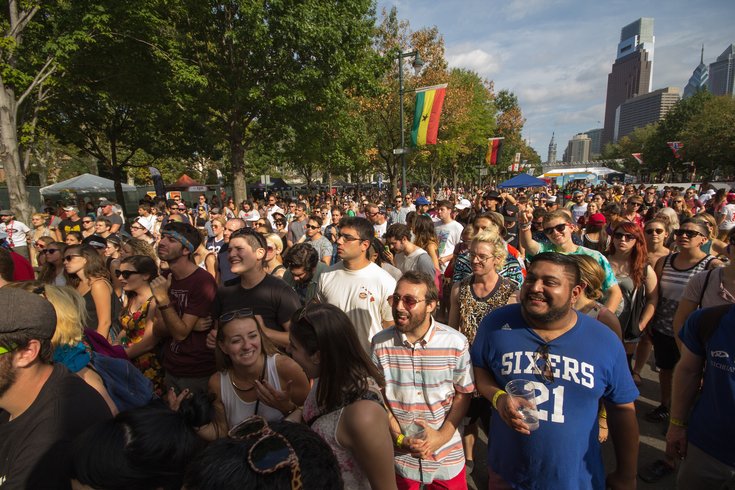 For the first time in festival history, the 2019 Made in America music festival will not take place on the Ben Franklin Parkway, according to a report.

For the first time in festival history, the 2019 Made in America music festival will not take place on the Ben Franklin Parkway, according to a report from Billy Penn’s Danya Henninger.

The web site reports that a rep for Roc Nation asserted the festival will return to Philadelphia in 2019, where it’s been held each summer since festival founder Jay-Z began the tradition in September 2012. But the location will change.

This year’s festival, set for Sept. 1 and 2 on the Parkway, is headlined by Philadelphia’s Meek Mill, as well as Nicki Minaj and Post Malone. A list of acts can be found here.

Henninger also confirmed that this year’s festival will be the first without sponsorship from Budweiser. In its first six iterations, Made in America featured Budweiser’s name prominently in advertising and promotional materials.

In an article for Ad Age last month, E.J. Schultz said Budweiser VP Ricardo Marques explained the decision to walk away from Made in America included “investing more in country music” because fans at country music events spend more on beer.

The Ben Franklin Parkway has long been a go-to destination for the city’s marquee outdoor events, including the annual Welcome America Festival, held around Independence Day, and more recently the successful 2017 NFL Draft and the recent Eagles Super Bowl celebration. It also serves as the beginning and ending of the annual Philadelphia Marathon, among plenty of other events.