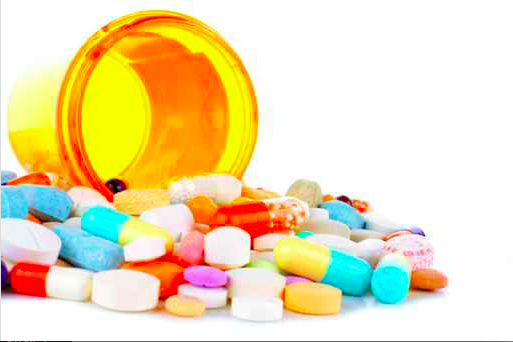 A new report on the findings of a multi-year investigation reveals that Pennsylvania's juvenile justice system is prescribing antipsychotic drugs to teens at strikingly high rates that could expose them to serious health risks.

The investigation, conducted by PublicSource, examined the procedures followed by Pennsylvania correctional facilities to inform decisions on prescribing antipsychotic drugs such as Seroquel and Abilify, which are known to have more severe side effects in children – including rapid weight gain and increased risk of diabetes.

RELATED ARTICLE: Almost half of all Pa. foster kids on anti-anxiety or anti-psychotic meds

During a 7-year period, investigators tracked prescription orders for antipsychotics at six state-operated youth development centers. The facilities, operated by the state Department of Human Services, are mostly situated in remote wooded areas and house juveniles between 12-20 years old who have committed assaults, thefts, burglaries, or crimes related to guns and drugs.

At any given time, investigators found there were enough drugs on hand to treat one-third of the children at Pennsylvania's youth correctional facilities. Medication budgets showed that during the 7-year period of the investigation, psychotropic drugs accounted for more than $3.4 million of $5.5 million spent on medicine.

A spokesperson for DHS said that juvenile treatment options are determined by a multidisciplinary team that monitors the progress of each child during the average stay of 7-8 months. At one point in late September, DHS provided information showing that 44 percent of 266 youths in the facilities were taking a psychotropic medication prescribed by a psychiatrist.

Compared to just 1-2 percent of children in the United States who take antipsychotic drugs, some child advocates contend that the correctional facilities are prescribing them off-label as a form of chemical restraint and behavioral control.

Psychotropic drugs are indicated to treat conditions such as schizophrenia, bipolar disorder and irritability with autism. While justice-involved youth exhibit a greater need for mental health treatment than the general population – 50 to 75 percent have a diagnosable disorder, according to estimates – those particular conditions may not be reflective of why they gravitated toward delinquency and how they can be rehabilitated, the report finds:

At its root, it is often a traumatic experience, one witnessed or committed, that drives their actions and can mimic mental illness.

Rather than treating the conditions antipsychotic drugs were designed to relieve, correctional facilities may be using them as a "tranquilizing" quick fix to reduce anxiety and induce sleep. In the long term, side effects from antipsychotic drugs can lead to diabetes, metabolic syndrome, cardiovascular problems, brain shrinkage, and a shorter lifespan.

Child advocates hope these revelations will spur reforms that change the way these facilities approach the treatment of behavioral conditions, placing greater emphasis on counseling and other forms of medication that may be more suitable to the issues these children present.

Read the full report at PublicSource.