Brewpub, beer garden coming to the Piazza in Northern Liberties 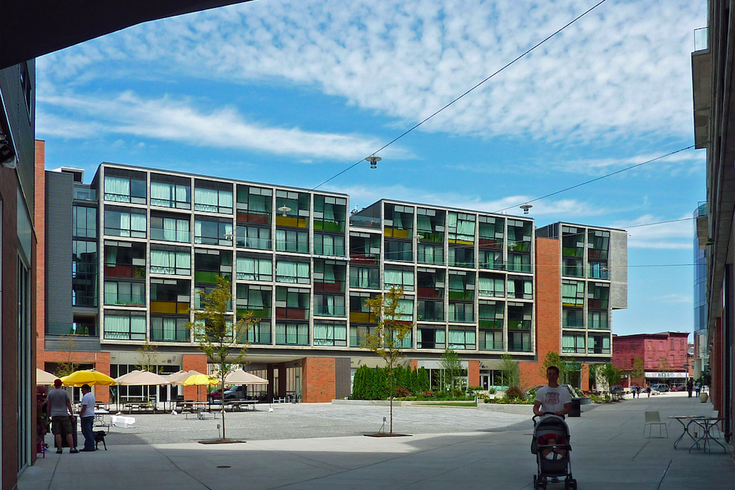 The Piazza at Schmidt's

A new brewpub and beer garden is headed to the Piazza in Northern Liberties.

Dave Goldman, one of the restaurants founders, said the project at the Piazza has yet to be named, but he is looking at an early 2017 opening to fill the space formerly occupied by King's Oak. Goldman has reportedly ordered a seven-barrel brewing system and is in the process of obtaining a Brewing Science Certificate from a program at the University of the Sciences.

“I’ve enjoyed craft beer my entire adult life and have been brewing beer the past several years,” said Goldman. “I’m excited to be able to now offer the beer I’ve been sharing with my friends to the public. Finding a location in Philadelphia with a great outside space in a neighborhood that values quality local beer had always been my goal as I looked for a location. I think I found the perfect space and neighborhood at the Piazza in Northern Liberties.”

The restaurant will specialize in hoppy beers, stouts, wheats, and fruit and vegetable concoctions to go with a menu featuring wood-fired pizzas.

Once opened, the brewpub will take over the Piazza's largest space, joining the plaza's existing restaurant roster including Gunner's Run, Euphoria Cafe and, across Second Street, Bar Ferdinand and El Camino Real.

"We envision this as the next great gathering place for the community," said Sean Gavin, Property Manager at the Piazza. "It's an homage to the area's past but also something unique that will appeal to a wide group of people.”