Report: Center City generates over $1B in retail demand 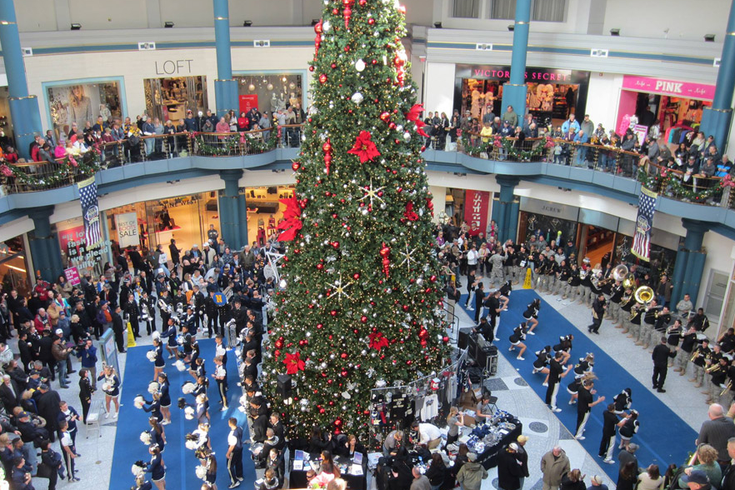 Shoppers stop to watch the Christmas tree lighting at the Shops at Liberty Place.

A new report has checked the pulse of the downtown retail scene and found that it's got a healthy beat.

Center City generates more than $1 billion in retail demand from workers, residents, tourists and college students, according to a report released Monday from the Center City District and the Central Philadelphia Development Corp.

“The thing that is most remarkable to me is the amount of retail, ground-up development that is going on in Center City right now," said Michelle Shannon, Vice President of Marketing and Communications for the Center City District.

Her job is to help pitch Philadelphia to developers and businesses, and she's got plenty of numbers to back up her elevator speech. For example: the downtown population is up 16 percent since 2000, 33 national retailers have set up shop since 2013, and retail rents are rising faster in Center City than any other peer city except Miami.

"I could never have predicted that when we started the Philadelphia Retail Marketing Alliance six years ago," said Shannon. "It is unbelievable and it is a sign that I believe that people are listening to the message...and our story about Center City, and are investing in it."

The district is growing thanks to a wealthy, well-educated populace and an influx of millennials as well as "empty nester" Baby Boomers. Out of the 183,000 people who live in greater Center City, 40 percent are millennials and 57 percent have a bachelor's degree or higher. The average household income is $86,000, and within the core of Center City, average incomes jump up to the six-digit range.

“The key message is that the demographics of Center City Philadelphia have changed, that millennials and empty nesters have made it a more affluent and educated downtown, and that with that those two groups come great spending power,” said Shannon.

The report broke down retail demand into four parts: around $211 million comes from office workers, $50 million from other workers, $352 million from residents and $400 million from overnight visitors. Overnight leisure tourism is up 48 percent since 2005, although business and convention travel also bolster the city's tourism industry.

Visitors can find plenty of opportunities to part ways with their money. There are around 3,000 storefronts in Center City, roughly evenly split between retail, services and food. Shoppers can enjoy plenty of only-in-Philadelphia experiences, as 78 percent of that retail is in the independent/boutique category as opposed to national chains.

The biggest trend for retail development right now can be found east of Broad Street: "The big growth story is on East Market and East Chestnut,” said Shannon.

The report highlighted four major projects in the works, costing a combined $675 million, that are expected to add 1.8 million square feet of retail space by 2017, often in addition to apartments or office space:

• The Fashion Outlets of Philadelphia: This $325 million redevelopment of The Gallery will add 1.5 million square feet of retail. The project is located on Market Street between Eighth and 11th streets, and the developers are PREIT and Macerich.

• East Market: Phase 1 of this project, located across the street from Reading Terminal Market and the Pennsylvania Convention Center, will cost $250 million. Retail space will reach 130,000 square feet and include a MOM's Organic Market. The developer is National Real Estate Development.

• 1112-1128 Chestnut: Brickstone Realty is the developer of a project that includes 90,000 square feet of retail, including a Target Express and a state liquor store. The price tag: $75 million.

• The Curtis Center: The building is undergoing a $25 million renovation that will bring in 50,000 square feet of retail, plus luxury apartments and corner restaurants with great views of Washington Square and Independence National Park. The developers are Keystone Property Group, the Mack-Cali Realty Corp. and Roseland.

Disclosure: PhillyVoice has an office within The Curtis Center.