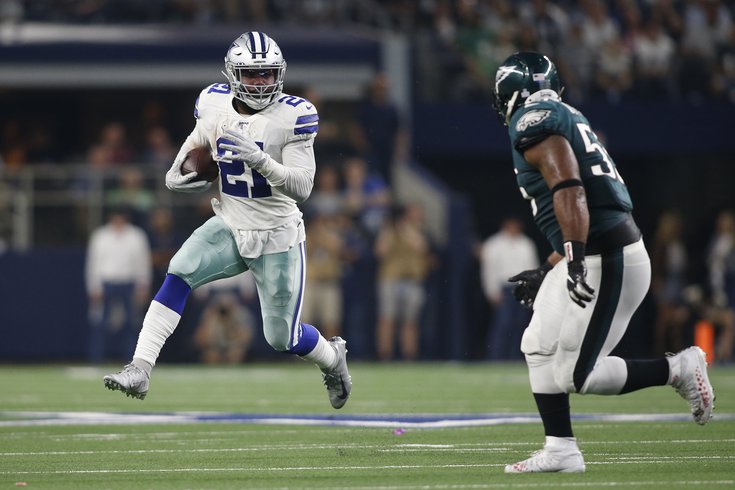 According to a report from Ian Rapoport of NFL Network, Dallas Cowboys running back Ezekiel Elliott has tested positive for coronavirus. Elliott's agent told Rapoport that Elliott feels good.

#Cowboys star RB Ezekiel Elliott is one of the players who has tested positive for the Coronavirus, his agent Rocky Arceneaux confirmed to me. Arceneaux said Elliott is feeling good.

Elliott and Dak Prescott made news a couple of months ago when Prescott hosted a dinner party which Elliott attended. Both players were criticized for their participation in the event, after which Prescott issued a non-apology. The Cowboys subsequently had discussions with Prescott and Elliott about the importance of social distancing. (Prescott is fine, apparently.)

Elliott of course falls within the age range of those who are less likely to experience serious complications from the virus, and he should be recovered by the time the Cowboys hold their training camp, whenever that may be.

It's not an NFL offseason without some off-field Ezekiel Elliott news.

Update: Elliott is apparently not thrilled this news got out. Of course, Elliott's own agent confirmed his positive test.