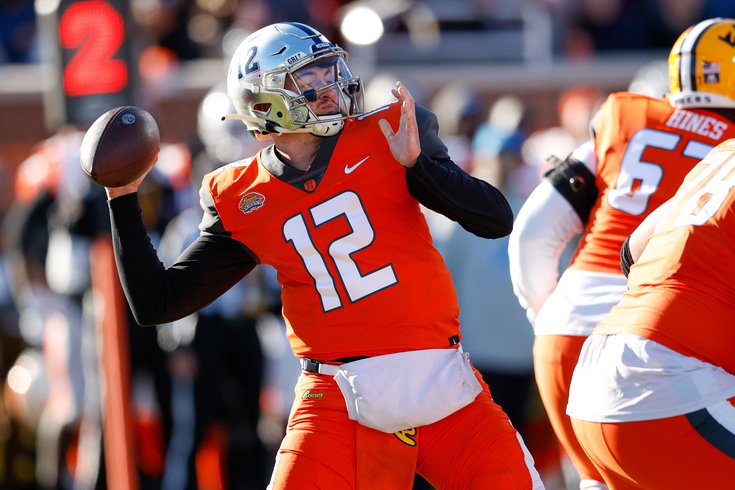 Undrafted Nevada quarterback Carson Strong has signed with the Philadelphia Eagles, according to a report from Kristen Moran of Nevada Sports Net.

JUST IN: Quarterback Carson Strong has signed with the Philadelphia Eagles as an undrafted free agent

In Strong's three years as Nevada's starting quarterback, he posted the following numbers:

Strong's injury history is no doubt the reason he did not get drafted. He'll have a chance to compete for the No. 3 quarterback job with Reid Sinnett.