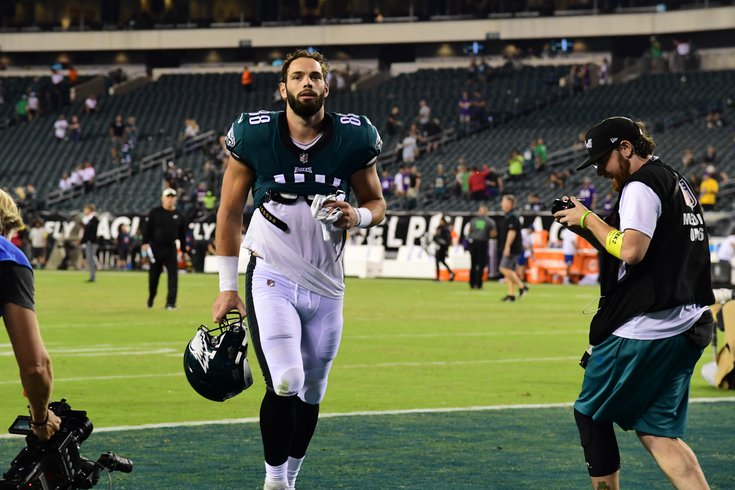 Add some injury to insult for the Philadelphia Eagles in the wake of their loss to the Washington Commanders, as star tight end Dallas Goedert will "miss extended time" with a shoulder injury, according to Mike Garafolo and Tom Pelissero of NFL Network.

#Eagles TE Dallas Goedert will miss extended time with a shoulder injury suffered in the win over the #Commanders last night, sources tell me and @TomPelissero. Not a season-ender though. Injury added to insult on the play with the missed facemask that put him in harm’s way. pic.twitter.com/ndOPCiwKD2

The injury evidently occurred on the play in which Goedert lost a fumble when Commanders linebacker Jamin Davis had a grasp of Goedert's facemask, and all of 321-pound John Ridgeway's weight landed on top of his shoulders.

Maybe Dallas Goedert fumbled because he got poked in the eye while his face mask was being pulled?
pic.twitter.com/hGRGccuVxV

Goedert stayed down on the field for a bit after that play, but he ended up playing every offensive snap.

With Goedert sidelined, the Eagles will lose a top five type of tight end with no obvious flaws in his game. He will have to be replaced by a combination of Jack Stoll, Grant Calcaterra, and perhaps Tyree Jackson, whose 21-day practice window for return was initiated on October 26.

Through nine games, Goedert has 43 receptions for 533 yards and 3 TDs. Huge loss.