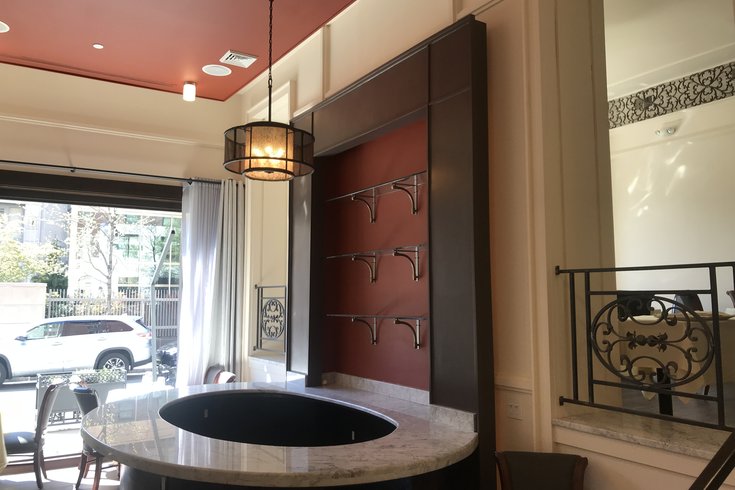 A bar without its liquor at the newly reopened Branzino.

Two years after a mysterious act of arson caused Rittenhouse’s Branzino Italian Ristorante to close, the space has finally reopened – for the most part.

The new Branzino, completely redesigned and rebuilt, includes new outdoor seating on 17th Street and in the restaurant’s more private back patio. Though it’s been up and running for about a month, the restaurant's full recovery is still a work-in-progress.

The biggest piece not yet in place? Booze. Though the redesign gifted the space with a brand new wrap-around bar, there won’t be much action there until Branzino officially secures a liquor license – for now the restaurant is strictly BYOB.

“I’m just glad to be back and so happy to share an all-new Branzino with Philadelphia,” said the restaurant's owner/founder Luan Tota in a statement. Once the liquor license is attained, Tota plans to roll out a full bar program.

Before the fire, Branzino had operated in Rittenhouse for 13 years. After a purported break-in and fire in July 2016, the restaurant was closed with no defined timeline for reopening. Authorities  investigated the incident as an act of arson.

The Philadelphia Field Division of the Bureau of Alcohol, Tobacco, and Firearms and Explosives estimated the damage to be around $500,000.

The restaurant is now open seven nights a week for dinner and will soon offer lunch as well.