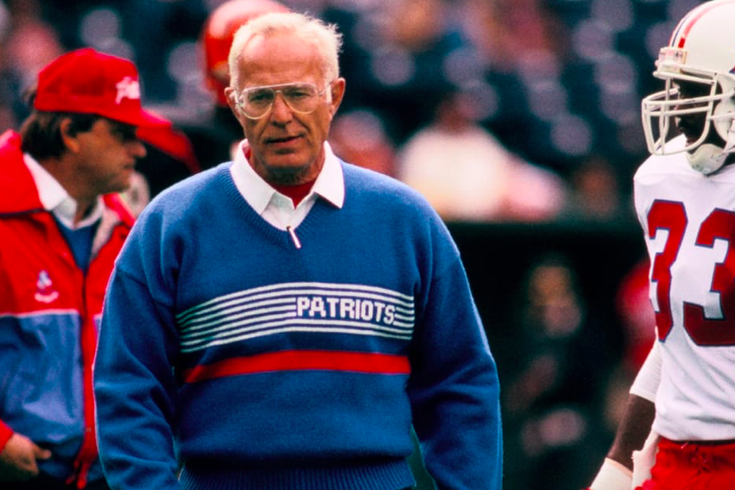 Rod Rust, 90, coached the Philadelphia Eagles' linebacking corps during the 1976-77 season. He is pictured here as head coach of the New England Patriots in 1990.

A former Philadelphia Eagles linebackers coach from the tenure of Dick Vermeil died this week at his home in Ocean City.

With the Eagles during the 1976-77 season, Rust coached a linebacking corps that included Bill Bergey, John Bunting, Frank LeMaster and Drew Mahalic. The team finished 4-10 for the second consecutive season.

Rust next got a chance to be defensive coordinator for the Kansas City Chiefs, where he remained from 1978-1982. He served another five seasons in the same position for the New England Patriots, leading the team to an AFC title in 1985. Stints with the Chiefs again and the Steelers were followed by a year as head coach of the Patriots in 1990-91.

A native of Cedar Rapids, Iowa, Rust played college football at Iowa State and spent two years with the U.S. Army before he began his coaching career. He moved from high school to college and the Canadian Football League, where his time with the 1974 Grey Cup champion Montreal Alouettes helped set up his first NFL opportunity in Philadelphia.