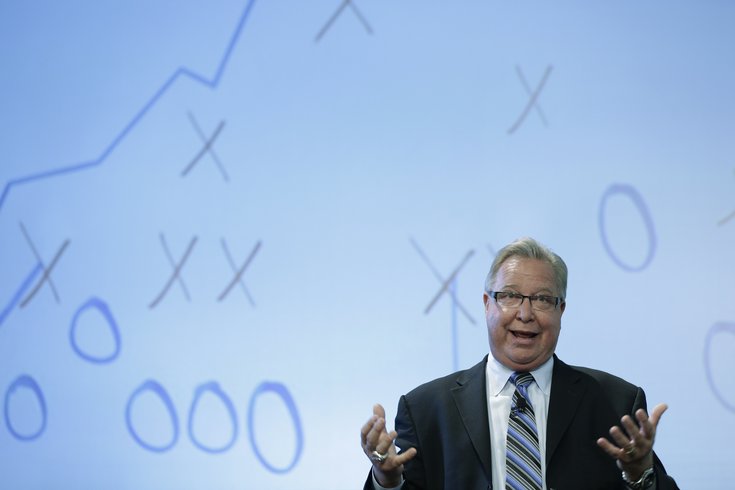 It's one thing when fans and media members rip a player for doing something like Eagles quarterback Sam Bradford did when he decided to demand a trade following the team's decision to move up to No. 2 overall in the draft and select Carson Wentz.

Most of them, myself included, don't know everything that's going on behind the scenes. And none of them know what it's like to play this position in this city. Heck, even Terrell Owens had a better frame of reference on the subject, yet we ripped him for insulting Bradford's move was cowardly.

However, when the one voicing disappointment in the QB's recent behavior is a former Eagles quarterback who not only played here, but still lives in the area and understands this fan base as well anyone, it should carry some more weight.

Enter Ron Jaworski, who on the Mt. Rushmore of Eagles quarterbacks along with Donovan McNabb and Randall Cunningham.

On Monday -- the same day Bradford returned to the Eagles -- Jaws appeared on CSN Philly's SportsNet Central with John Clark and said that he believes the Birds presumptive starter needs to mend some fences before it's back to business as usual.

“I think when a player literally walks out on a team, he’s got some apologizing to do when he walks back in that locker room. And I’m sure he’s done that, he’s a standup guy.” [csnphilly.com]

Just because Jaws is more familiar with the dynamics of an NFL locker room doesn't mean you have to agree with what he says. Personally, I don't think Bradford owes anyone an apology. Not the Eagles. Not his teammates. And certainly not the fans.

Does that mean Bradford (and his agent) was right in his actions? Not by a long shot. His presence at the NovaCare Complex on Monday was proof of that. But to say he needs to apologize is taking it a bit too far.

After all, he didn't miss a single workout and the one who wound up looking the worst in all this is Bradford. By swallowing his pride and returning to practice, one in which he was not required to partake, he admitted his mistake.

And not every mistake -- especially one that only created noise, not a tangible negative impact on his teammates -- requires an apology.