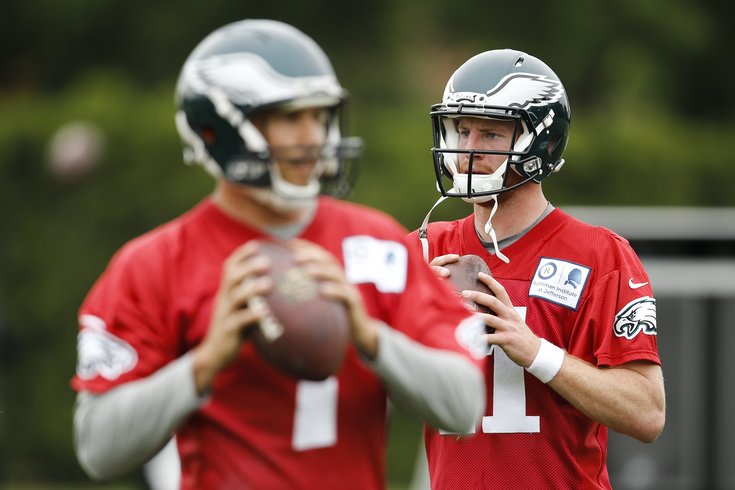 See what I did there with the selection of this picture?

During practice, all media attention was on the guy running the third string offense, Carson Wentz. Sam Bradford knows he's there (duh), and he knows it's only a matter of time before Wentz is taking snaps from Jason Kelce and he's... not.

"The competition is what it is," said Bradford. "I think if I continue to play at a high level each week on the field, if we continue to win games if we are winning games, I think I will be the starting quarterback and I will be out there. With that being said, I'm not completely naive. I think you realize that if the organization made a move to get up to two, at some point it's probably not going to be my team. But until it's not I'm going to continue to lead these guys like I did last year and I'm going to do my job to the best of my ability."

Bradford knows he is on rented time, and he'll be forced to share reps with the player who will eventually take his job. Still, Bradford maintains that he won't be looking over his metaphorical shoulder.

It was pointed out to Bradford during his media session Tuesday that based on his comments above, he's kinda-sorta already looking over his shoulder.