And just wait till you hear the storyline 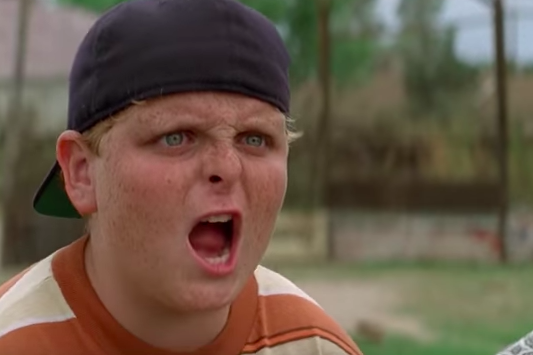 An image from "The Sandlot" trailer. Know what Hamilton "Ham" Porter is screaming in this scene?

The 25th anniversary of "The Sandlot" was celebrated earlier this year, and now "Sandlot" fans have something else to celebrate. The Hollywood Reporter announced that 20th Century Fox is in the beginning stages of a prequel to the cult classic.

What’s more, Deadline reports that the original writer and director, David Mickey Evans, is on board to co-write the script with Austin Reynolds. While the prequel premise has been under wraps, the rumor, according to Deadline, is that the storyline will focus on the "legend of the beast."

RELATED READS: The Q&A ... with Marty York (Yeah-Yeah) and Victor DiMattia (Timmy Timmons) of 'The Sandlot' | Ilya, the famous manatee that swam all the way from Florida to New Jersey, has died | Philadelphia Zoo's OktoBEARfest will return in early fall

Set in 1962, "The Sandlot" follows Scotty Smalls as he moves to a new neighborhood and befriends a group of kids who play baseball in an empty sandlot. Smalls loses his dad's baseball, signed by the legendary Babe Ruth, to "the beast," when it gets hit over the fence.

In honor of its 25th anniversary, many theaters held showings of "The Sandlot" recently, in late July. The original cast even reunited on the "Today" show back in April. The original film was released April 7, 1993.