The former Bernie Sanders delegate supports Medicare for all, the Green New Deal and a $15 minimum wage 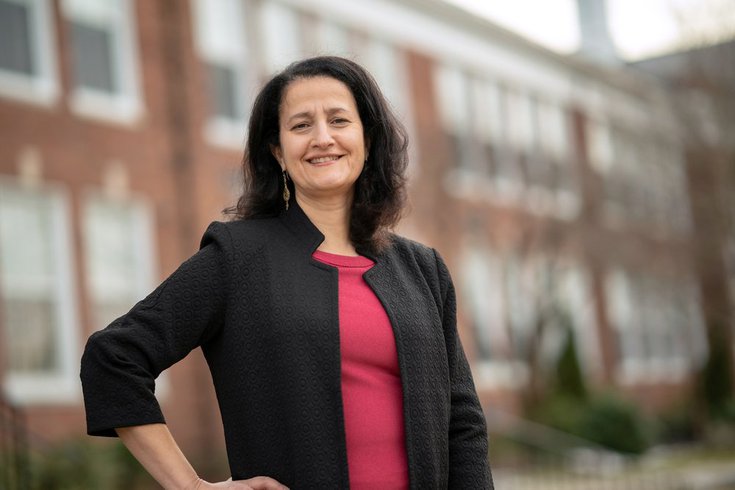 Courtesy/Alex Khalil for US Senate

Alex Khalil, a Jenkintown Borough Council member and community activist, is running for U.S. Senate on a progressive platform that includes a $15 minimum wage.

Alex Khalil has been a member of Jenkintown Borough Council for nearly three years. This year, she is seeking a big promotion – U.S. Senator from Pennsylvania.

Khalil is one of four Democrats on Tuesday's primary ballot, but the only one with a job outside of the government. She is an IT specialist for Merck, a pharmaceutical company and runs an independent law practice in New Jersey that specializes in small businesses. She previously owned a 7-Eleven in Mount Airy.

A community organizer, Khalil was a delegate for Bernie Sanders in 2016 and 2020. Like Sanders, Khalil has placed progressive ideals like Medicare for all, the Green New Deal, and a $15 minimum wage at the forefront of her political platform.

Khalil also has pushed for the creation of a COVID-19 vaccine distribution emergency task force to ensure vaccines are handed out in a fair and accessible way. She has pledged to make a similar effort regarding voting rights.

Khalil does not carry the high profile of her three Democratic opponents. She has sought to distinguish herself as a candidate unafraid to work with Republican lawmakers and constituents on issues impacting Pennsylvania residents. She also has pledged to act boldly and push hard to get legislation passed – regardless of whether it looks good heading into a second term.

Though many of Khalil's positions are solidly progressive, she, like many other Democratic candidates, has taken a stance against the "defund the police" movement that gained headway amid the civil unrest related to the police killing of George Floyd. She has called for the federal government to invest in de-escalation training for officers.

Khalil has placed an emphasis on eliminating food deserts by creating supply hubs that connect Pennsylvania farmers to communities throughout the state. She supports regenerative farming, and would seek to provide tax incentives to farmers who implement environmentally-friendly techniques to reduce waste and carbon dioxide.

During a debate in Pittsburgh, Khalil signaled her support for expanding the U.S. Supreme Court. Though her opponents noted there are legislative solutions to controversial issues like abortion rights, Khalil argued that because conservative justices like Samuel Alito and Amy Coney Barrett will not change their views on the subject, "we don't have a choice."

Born in Hackensack, New Jersey, Khalil was raised in Queens, New York and Glassboro, Gloucester County. She is the daughter of Palestinian-Muslim immigrants from the West Bank, and supports in the "self-determination" of both the Israeli and Palestinian people.

She received her bachelor's degree in electrical engineering and her law degree from Temple University. She earned a master's degree in library and information science from Drexel University.