The Market-Frankford Line stop underwent a $20 million renovation to improve entrances, lighting and ventilation. It also features a new mural 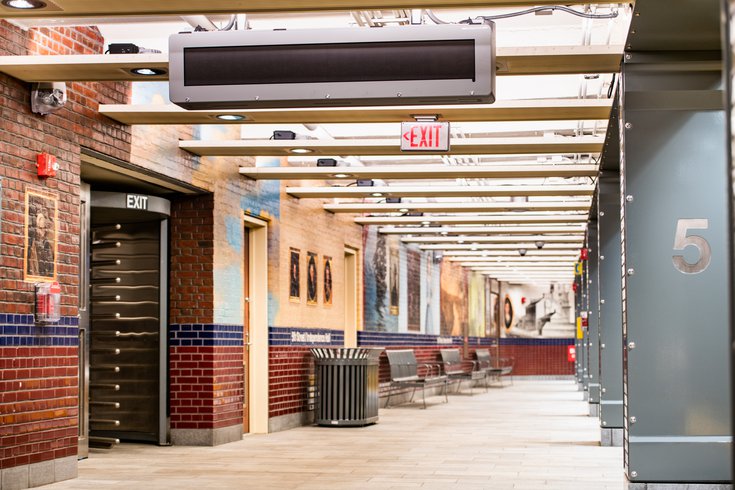 The $20 million project was named the Best Masonry Construction Project of 2021 by the General Building Contractors Association of Philadelphia. The redesign was completed by Converse Winkler Architecture and Burns Engineering.

The station is used by more international tourists than any other in the SEPTA system, providing access to Independence Hall, the Liberty Bell, the National Constitution Center and other historical sites. It was designed as a "showpiece" for the transit system, according to Converse Winkler.

The $20 million improvement project included new glass headhouses on the station's entrances, LED lighting and a ventilation system that refreshes the station's air every two to three minutes.

The station was built in 1908 and was last upgraded in 1976 for the nation's bicentennial celebration.

"The 5th Street challenge was to embrace the multiple histories of the area, without mimicry or superficial references to the genuine artifacts in Independence Mall," project designer Peter Everett Brown said. "Logistically, we were building a ship in a bottle. The station remained open to the public during much of the construction. We needed to be clever, resourceful and nimble."

The station's platforms since have been decorated with murals by Germantown artist Tom Judd. They feature prominent African American figures including E.W. Harper, one of the first Black women to have her work published in the United States, and Absalom Jones, an abolitionist preacher.

SEPTA is in the process of redesigning several others stops along the Market-Frankford Line, including 30th Street station. The city is also working to restore the historic neoclassical Amtrak station above the subway stop.