It will be based on author Candace Bushnell's upcoming novel "Is There Still Sex in the City?" 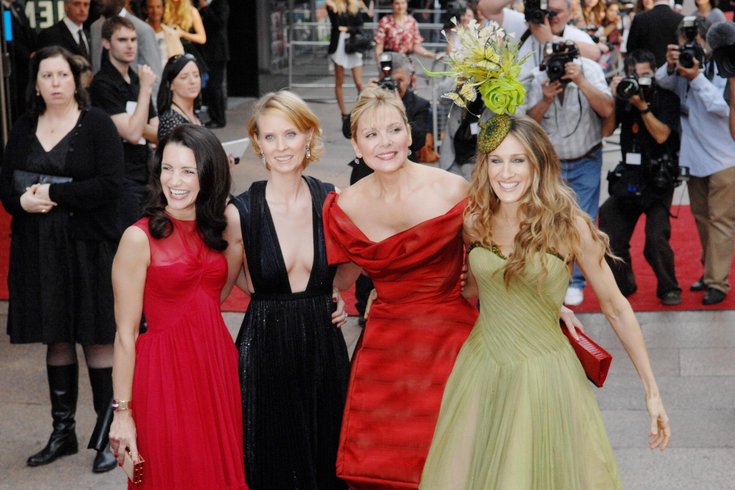 Kristin Davis, Cynthia Nixon, Kim Cattrall and Sarah Jessica Parker arrive for the world premiere of Sex and the City: The Movie at the Odeon West End, Leicester Square, London.

Fans of the iconic HBO series "Sex and the City" are getting some good news today.

Deadline first reported that the series' original author, Candace Bushnell, will develop her upcoming novel "Is There Still Sex in the City?" for TV with Paramount Television and Anonymous Content.

However, the series will *not* involve Carrie, Samantha, Miranda and Charlotte (sigh).

But, "Is There Still Sex in the City?" will still feature women in New York City navigating through dating, sex, and trying to find love in their 50s. We're talking marriage, kids, divorce, death, etc.

According to Deadline, the book will jump between Manhattan and a country enclave called The Village. The novel is slated for release in August.

MORE CULTURE: Randall Otis from 'The Daily Show' soothes us with 'ASMR for White Liberals'

The original "Sex and the City," which published as a novel in 1996 and was later developed into a series and two feature films, was an enormous success.

“The original 'Sex and the City' book and series served as a groundbreaking touchstone for an entire generation of women, myself included,” Nicole Clemens, president of Paramount Television, told Deadline. “We’re thrilled to be able to continue that conversation from the underrepresented point of view of women in their 50s and answer the question with, ‘Yes! There is more sex in the city!”