Comedy series in development to focus on biracial identity and parenthood 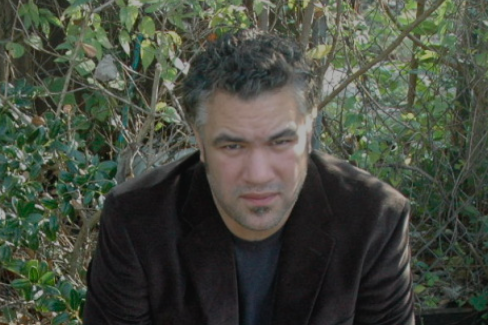 Philadelphia-born and raised novelist Mat Johnson, author of 'Loving Day,' 'Pym,' 'Drop,' and 'Hunting in Harlem' along with comic books and nonfiction work.

After publishing his critically acclaimed novel "Loving Day" in May, Philadelphia-born and raised novelist Mat Johnson appears slated to team up with TV network Showtime on a comedic adaptation of the satirical story of biracial identity in the United States.

According to Deadline, talks are underway for Johnson, a Germantown and Mount Airy native who attended West Chester University, to collaborate with a group of high-end writers on a series that will explore the personal and societal dilemmas of the semi-autobiographical novel.

"Loving Day" was named after the 1967 U.S. Supreme Court decision 'Loving v. Virginia,' which struck down bans against interracial marriage. The story centers on the second life of Warren Duffy, an Irish/African-American who returns to the United States from Wales after his comic book store folds and his marriage comes undone.

When Duffy arrives, life in America presents a new barrage of complexity, from the seemingly haunted mansion he inherits from his deceased father to the teenage daughter who surfaces under the impression that she's white.

As a TV series, "Loving Day" would follow the budding relationship between Duffy and his daughter as they confront the ambiguous terms of a mixed race cultural identity.

Johnson, a professor at the University of Houston Creative Writing Program, will executive produce the series along with Peter Gethers ("Lay the Favorite") and Jeffrey Levine ("Too Big to Fail"). Whether or not the series will be filmed in Philadelphia is among several questions that remain to be answered in the course of its development, but based on the novel's success, the TV adaptation will be a welcome portrayal of the city from an intriguing perspective.