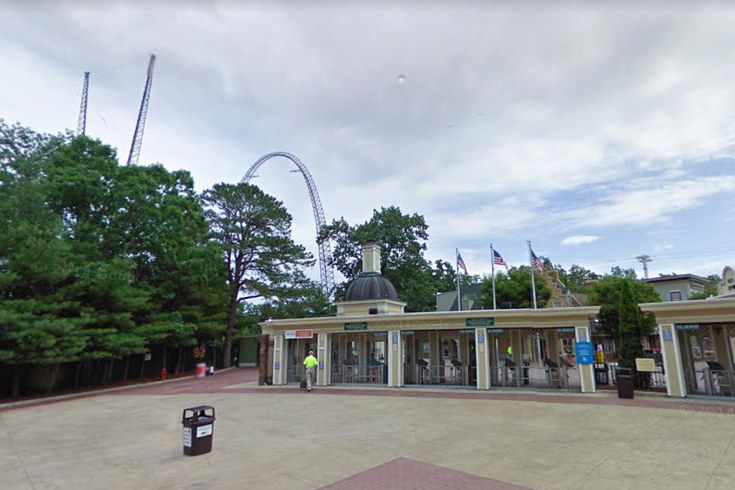 Two rides at Six Flags Great Adventure were temporarily shut down this week after reports of safety concerns and injuries from guests. They have since reopened after "thorough" safety inspections, the park said.

The two roller coasters are back running after safety inspections conducted by park officials and the state Department of Community Affairs.

"Six Flags and the NJ Department of Community Affairs completed full inspections of the ride and found it to be in proper working order," Fitzgerald wrote in an email, adding that officials are "unable to speculate as to the cause of the reported injury."

The boy was taken by the park's ambulance service to be evaluated at a local hospital, NJ.com reported.

The Nitro closed Sunday after a guest reported that the safety lap bar had unfastened during the ride.

Fitzgerald said all three coaster trains were thoroughly inspected by the maintenance team and found to be in "proper working order." The ride reopened Monday with all three trains running.

Last month, the El Toro roller coaster experienced a partial derailment when one of the steel wheels on the final car of a train dislodged from position. No injuries were reported and guests were guided off the coaster. The ride is still under investigation and is not yet operating.

Earlier in June, a broken guide rail on the Saw Mill log flume contributed to an incident in which two passengers were hospitalized. Repairs were made to the ride and it is again operating.

Fitzgerald said the park has a commitment to safety.

"At Six Flags, safety is paramount. Our rides are professionally inspected annually by internal and external experts as required by all NJ laws and regulations," she wrote in an email. "Additionally our maintenance and safety experts complete extensive safety checks before opening the rides each day. We provide more than 15 million safe rides each year."