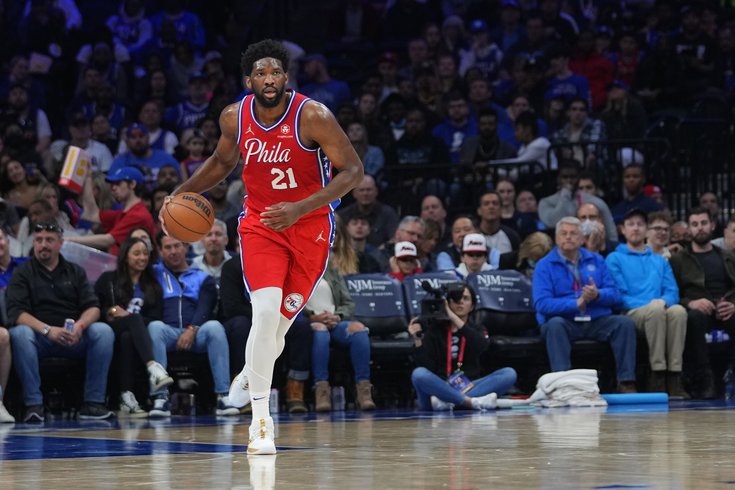 Are Joel Embiid and the Sixers even capable of a deep playoff run now?

The regular season is over. The Sixers are locked in to face the Raptors in the first round of the playoffs, and ahead of the play-in tournament to determine the bottom playoff seeds, various outlets have posted their final wave of power rankings.

It's been a few weeks since our last power rankings roundup, and... a lot's happened.

- Joel Embiid kept building his MVP case and became the first center since Shaquille O'Neal in 2000 to clinch the scoring title. That still might not be enough for him to win.

- James Harden has cooled off that initial spark from the trade when the Sixers looked unstoppable for a few games.

- The Sixers won five of their last six to close out, but that one loss was to Toronto.

Is this team going to be OK? I honestly have no idea.

So save for Bleacher Report, the Sixers mostly fell back. Not exactly what you want to see heading into the playoffs.

From The Athletic's Zach Harper:

"This should feel a lot more positive than it currently does for the Philadelphia 76ers. Embiid played at an MVP level and played even more games than we saw last season when he played at an MVP level. They made it through the Ben Simmons holdout drama to flip him for James Harden at the deadline. Then Tyrese Maxey actually shined next to Harden in a way that removed reservations about how he’d play post-trade. But Harden goes into the playoffs playing quite poorly, the Sixers have very little depth and the Raptors pose a schematic issue for them. The Sixers will keep hoping Embiid can just be an MVP and pull them through it." [The Athletic]

"Zooming out, a 76ers team that got absolutely nothing from Ben Simmons all year long finishing with 50 wins is quite an accomplishment. However, expectations changed when James Harden joined the team at the deadline. They've gone 18-9 since the trade, but lost high-profile games to the Nets, Bucks and Suns. Harden and Joel Embiid have been excellent together, however, sporting a glistening plus-15.9 net rating in over 600 minutes. Embiid may not win the MVP, but he turned in another elite regular season." [CBS Sports]

The Sixers' first-round series will begin Saturday with Game 1 at the Wells Fargo Center.
Our own Kyle Neubeck wrote up a comprehensive playoff preview detailing just how tough a matchup Toronto is, what strengths the Sixers need to play to, and every factor in between. Perhaps he put the situation right now the best: "Rarely has a team entered the playoffs with an MVP candidate and as little confidence from the public as this year’s Sixers."