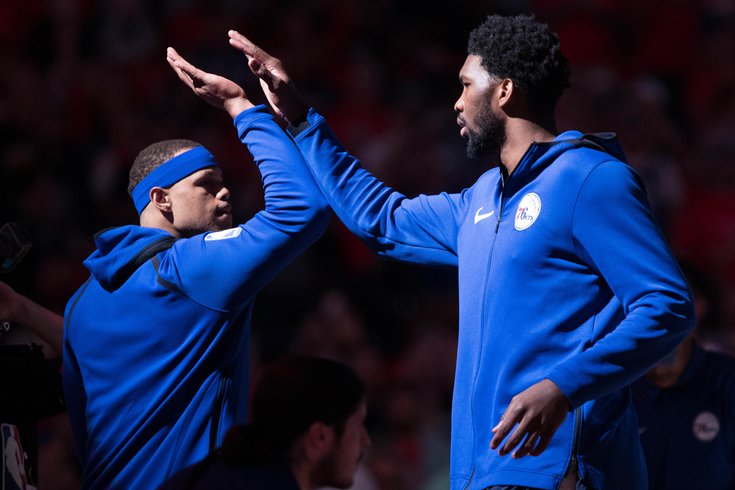 The Sixers are bringing back forward Justin Anderson on a partially-guaranteed deal, a source confirmed to PhillyVoice on Friday evening. Paul Hudrick was the first to report the news that both parties would reunite.

Anderson agreed to a two-year deal, sources told PhillyVoice, with the first year of the contract containing a partial-guarantee. The second year of the deal is non-guaranteed, a source told PhillyVoice. While that doesn't necessarily mean he's going to get the final spot on the roster, it is a slightly stronger commitment than they have given other players who will fight for a spot in camp, including Ryan Broekhoff and Derrick Walton Jr., who agreed to non-guaranteed deals with Philadelphia this week.

Many Sixers fans do not need a reminder of who Anderson is and what he brings to the table, having seen it themselves three years ago. Anderson was part of the return in the Nerlens Noel trade made by Bryan Colangelo in 2017, and in a bit role for Philadelphia, Anderson was a regular dose of athleticism and energy on the wing, two traits they lacked at the time. In fact, many were anxious to see him get on the floor more during Philly's 2018 playoff run, as they struggled to cope with Boston's athleticism in the second round.

If Anderson shot the ball better or had better creative chops, it stands to reason he would have had a shot to stick in the Sixers' rotation back then. That's still sort of the rub with Anderson, a career 29.6 percent shooter from deep who struggled to carve out a role at his last two stops in Atlanta and Brooklyn in a similar fashion. The 27-year-old spent most of 2019-20 in the G-League, sticking with the Nets only after they needed to add some bodies to a depleted Orlando restart roster.

There's something beyond basketball worth mentioning: Anderson was one of Embiid's best friends on the team during his time in Philadelphia. The two frequently spent time together away from the court, including attending the 2018 Eagles Super Bowl win together, and when you get down to the fight to the 15th spot on the roster, those sort of things tend to carry more weight than you might think.

Though that relationship may not produce anything tangible on the court, keeping the big man happy has been a pretty obvious goal for the franchise this offseason. Embiid was not just visibly unhappy and disinterested at times last year, he verbalized his discontent during a podcast interview with JJ Redick leading into the Orlando restart. Between the addition of shooters and the presence of one of his good friends, the big man should be a touch happier heading into the year.

On Friday, the Sixers also agreed to a three-year deal with second-round pick Isaiah Joe, a sharpshooter we profiled previously, bringing the Sixers up to 17 offseason roster spots filled. Anderson, Broekhoff, and Walton Jr. are the three camp competitors on top of a list of 14 guaranteed players: Joel Embiid, Ben Simmons, Tobias Harris, Danny Green (pending trade), Shake Milton, Dwight Howard, Seth Curry, Matisse Thybulle, Tyrese Maxey, Furkan Korkmaz, Mike Scott, Terrance Ferguson (pending trade), Isaiah Joe, and Tony Bradley. Teams can carry up to 20 players on the roster during the preseason, but that number will have to be cut down to 15 by the time opening night arrives.

It's not a blockbuster, but Anderson will compete hard in camp and give them some additional heft on the wing should he stick around.