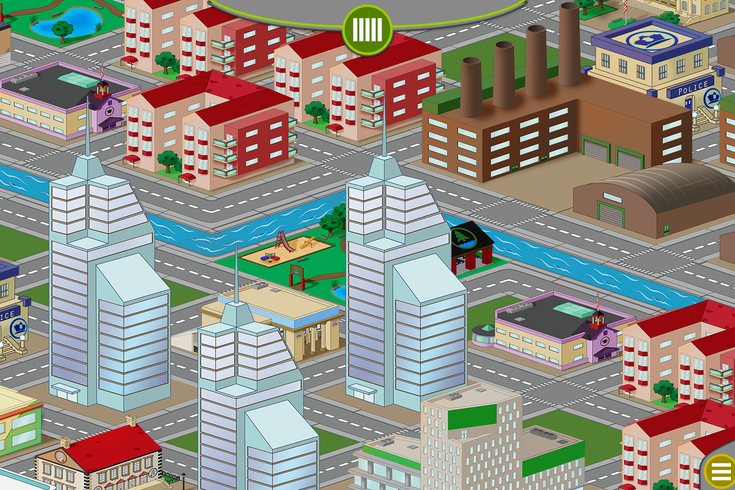 "Our purpose [as a studio] is to use video games as a medium to empower social impact education and training," Skyless Games Co-Founder Aradhya Malhotra told PhillyVoice. "What that means is we partner up with different organizations -- for-profit, nonprofit or individuals -- with a social cause they want to empower, and then use traditional interactive video games to increase engagement around those causes."

Exhibit A: "City Hall," a video game the development company will release by the end of the year for iOS and Android where users manage a fictional city using real-world budget data. The game is funded by a grant from Transparency International's social entrepreneurship initiative to combat corruption and improve government transparency.

"You play as city manager or mayor, and essentially you’re playing a 'Sim City'-style game where you have resources that you need to allocate," Malhotra explained. "And the most unique part of this is, instead of using a billion-dollar budget, it pulls in open data."

Meaning you will, quite literally, be working with the same budget resources as Mayor Michael Nutter and City Council. In the game, players allocate resources to a fire department, schools, Parks and Recreation and more in hopes of creating the perfect city. 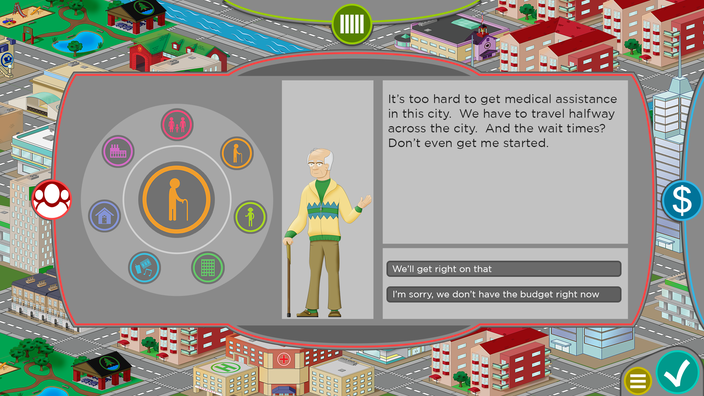 In the game, players get feedback from citizens of their city. (Handout Art / Skyless Games Studio)

"You also have to balance out keeping the citizens and representatives happy. You’re role-playing, in that sense," he added. "And then the call to action is that at the end it compares [your choices] to how your representative actually spent the money, which means you can contrast your thinking with the thinking of your representative."

"City Hall" is made to be accessible for everyone, Malhotra said, meaning non-gamers are encouraged to try it. It's also free to play because the studio's games are advertising-based.

Skyless hopes to get a large number of people to play the game so that they better understand how city government decisions impact their everyday lives. Because, Malhotra said, mountains of data and graphs don't have the same impact on the average person that an interactive game does.

To boot, it serves as a sort of Urban Planning 101.

"The way the map is set out, you have certain restrictions. For example, you can’t have a factory next to a school," he said. "So, everything is thought-out and based on real urban planning.” 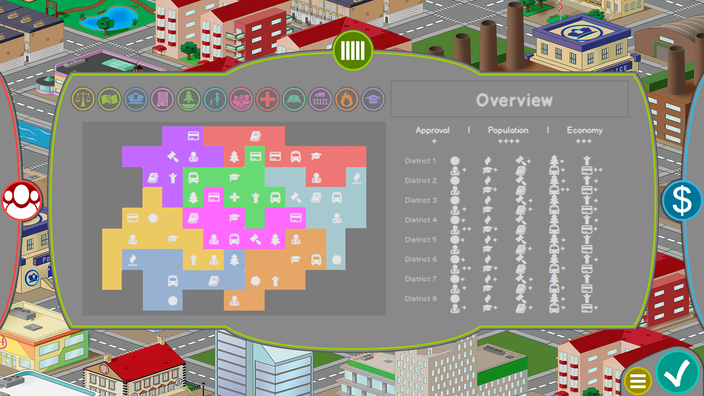 Pictured above is what Malhotra cited as the "scoring metrics" of the game. (Handout Art / Skyless Games Studio)

The game starts players off with one building in each fundable department. Much like "Sim City," it has no real end.

Malhotra said he and his team at Skyless Games would like to use "City Hall's" initial launch as a pilot to evaluate how the game is being used, and eventually find a way to relay users' planning choices to government representatives. There are also plans to rope in open data from other cities, adjusting the game's visuals for each one.

In the meantime, the studio is in the final stages of game development and seeking grants for future projects.