'SNL' cold open: a game of 'Deal or No Deal,' government shutdown edition 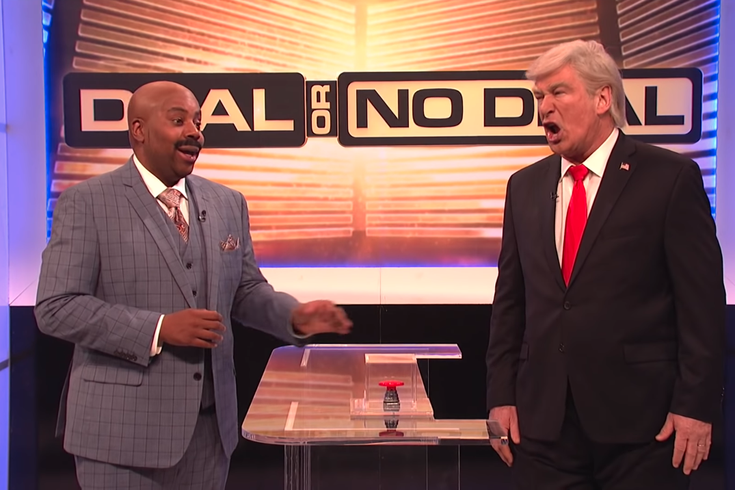 On "Saturday Night Live" on Jan. 19, the cold open was a parody of "Deal or No Deal" that dealt with the government shutdown.

The first "Saturday Night Live" of 2019 aired this weekend and the partial government shutdown has continued well into the new year, so it's no surprise the cold open was a political one.

Alec Baldwin was back as President Trump to play a game of "Deal or No Deal" with host Steve Harvey (Kenan Thompson) in an attempt to end the partial government shutdown.

Inside each briefcase was an offer to Trump from a member of Congress that could end the shutdown, should he take the deal.

"I want $5 billion for my border wall, and in exchange I'll extend DACA, and I'll release the kids from cages so they can be free-range kids," Baldwin said.

Kate McKinnon got a lot of laughs as Speaker of the House Nancy Pelosi, who offered $1 billion and "You say 'Nancy's my mommy.'"

Other deals included $15 and a pastrami on rye from Chuck Schumer, "whites" from Steve King, Cory Booker offered his own bid for president, and Cardi B offered "Schmoney."

Turns out, the government shutdown will most likely end with "hamberders."