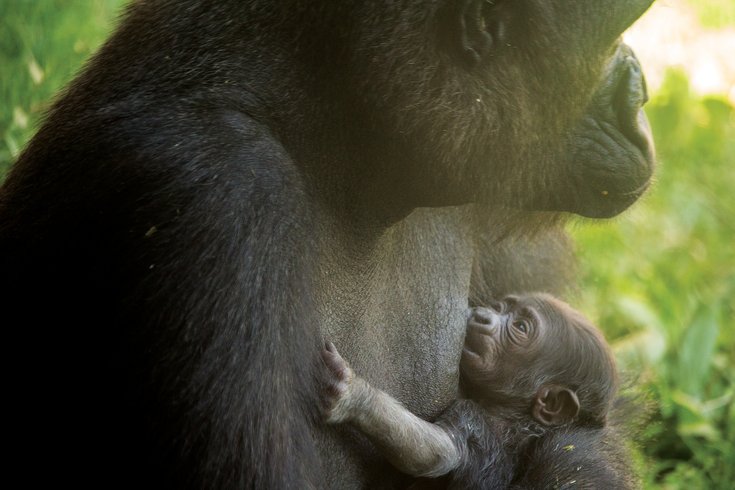 To the disappointment of almost the entire internet, the newborn baby gorilla at the Philadelphia Zoo will not be named Harambe. After initially announcing that the public would be participating in a naming contest for the gorilla, born to 21-year-old female Honi and 31-year-old male Motuba, the zoo eventually clarified that the keepers would be picking potential names and everyone else would be able to vote on them.

Harambe, of course, was a gorilla that was shot and killed at the Cincinnati Zoo when a small child fell into his enclosure. Since then, he has become a satirical cult hero on Twitter and the worldwide web via memes and even tribute songs, a phenomenon that forced the Cincinnati Zoo to shut down its Twitter account.

Sure, almost everyone on God's green Earth wants this baby gorilla — the sex of which has not been revealed — to be dubbed Harambe. But hey, I get it. This is your gorilla, not the internet's. So to help you, the Philadelphia Zoo, get things started, here are a few name ideas that are absolutely not Harambe.

We must honor him.

He/she is such a cuddly little fellow. Just watch the video below!

Seriously, how could you not name this gorilla Harambe?

Get it? Like the character from "The Jungle Book." LOL!

Oh, so you're going to be like those British scientists who turned down a perfectly good boat name, huh?

Gotta keep it Philly, right? He/she will be a tough little jawn!

You do realize how many people would pay admission just to come see a second Harambe, don't you?

This one will really resonate with the young people!

I will pay you $20 to name this gorilla Harambe.

I mean, at this point, whatever.