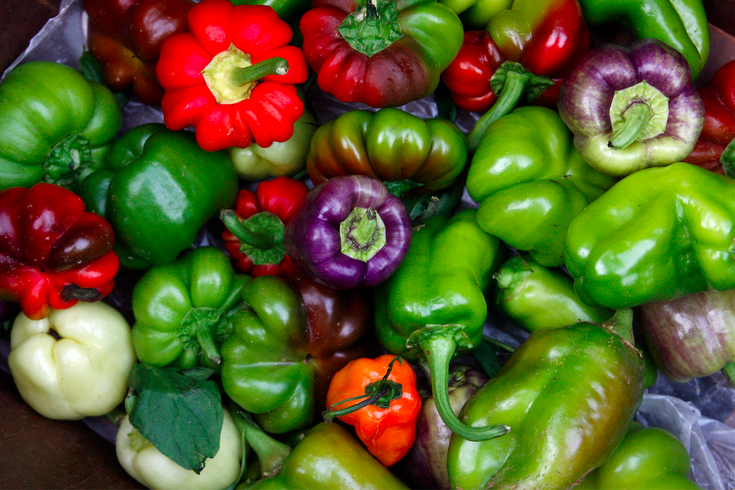 For a biology major, it's understandable that office work doesn't quite satisfy the need to connect with life on earth.  Enough time spent in labs and poring over organic processes can leave a recent graduate in a difficult spot to find work that can fulfill that passion.

For Julie Pierre, a 2011 College of New Jersey graduate living in Audubon, that calling ignited an entrepreneurial spirit that led to the start of "Our Yards Farm," one of the first community-supported agriculture programs (CSA) in Camden County, the Courier-Times reports.
Following an apprentice program at Fernbrook Farm in Chesterfield, Burlington County, Pierre sought to take the next logical step with her knowledge. She didn't have her own dedicated plot of land, but instead of letting that stop her, she decided to begin an operation in her own backyard, eventually linking up with other members of her community to cultivate their yards as well.

"It's challenging and a lot of work, but I'm growing food fresh for my customers and helping the community. And I feel like I am actually using my degree more than by sitting at a desk," said the 25-year-old Pierre, who already has planted lettuce and other seeds in the greenhouse her dad helped build.

"Our Yards Farm" works on 20 week ($500) and 10 week half season ($250) membership plans that start in June. Members who provide their yards for the program, such as co-owner Tina Van Osten in Collingswood, get a share of the crops themselves. Every Thursday, members will pick up their weekly haul at a local coffee shop and restaurant called the Tree House.
Pierre began tilling local yards in March in preparation for a variety of vegetables and herbs, including tomatoes, potatoes, peas, cabbage, beets, peppers, lettuce, kale, spinach radishes, squash, and garlic. Although her vegetables will not be officially certified organic, she plans to follow organic practices and avoid using chemicals or growing GMOs.
Despite her parents' initial skepticism following Pierre's choice to leave an office job at an environmental firm, they see their daughter's passion reflected in her dedication to mastering the art of farming.

"People don't look at farmers as professionals, but they have to be. They have to have knowledge of plants, diseases, pests and weather," said Pierre, who also has learned how to drive a tractor.

The amazing thing about CSA programs is that they unite people around a hobby that supports sustainable practices, raises local productivity, and fosters healthy living.
Earlier in April, Philadelphia connected local growers with foodies at the Farm and Food Fest at the Pennsylvania Convention Center.
To learn more about CSAs in Philadelphia, check out PhillyMag's list with descriptions and cost comparisons of 11 different programs in the city.