As part of the initiative, Philadelphians can now access two free months of the streaming platform’s premium package 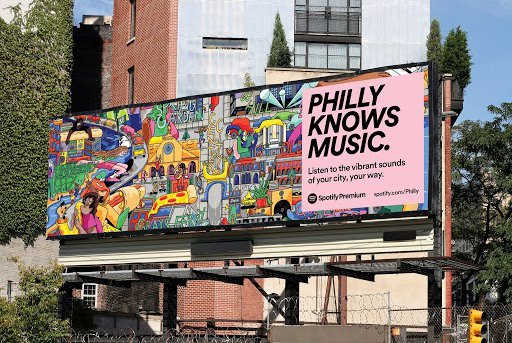 As part of the campaign, Spotify has created two Philly-themed playlists for listeners to stream. Both playlists feature some of the most famous and notable artists with ties to the city, including Meek Mill, Patti LaBelle, The Roots and DJ Jazzy Jeff.

Philadelphia has a rich musical history, and Spotify is embarking on an initiative to pay respect to the city’s music.

The streaming service has unveiled a new, local campaign called “Philly Knows Music." It highlights and pays tribute to the influence of artists from Philly, as well as historic landmarks.

As part of the campaign, Spotify has created two Philly-themed playlists for listeners to stream. Both playlists feature some of the most famous and notable artists with ties to the city, including Meek Mill, Patti LaBelle, The Roots and DJ Jazzy Jeff.

One playlist, simply called “Philly Knows Music,” is described as “the essential sounds of Philly.”

The other playlist, called “Philly’s Top Hits,” features “the freshest hits and most played tracks” in the city right now.

As part of the initiative, the streaming platform is offering two free months of Spotify Premium across its individual, family, and duo package plans. Open only to users who haven't already tried Premium.

“I’ve traveled the globe DJing for music lovers all over the world but my hometown of Philadelphia is where my love of music was born,” said DJ Jazzy Jeff. “Philly is known for its music and that has fueled my passion throughout the years, so I’m excited to partner with Spotify Premium to share the sounds of our city.”

Along with unveiling the campaign, Spotify released a number of statistics to showcase the listening patterns of Philadelphians.

Philly residents have streamed more than 8 billion minutes of audio on the streaming platform in 2020, with the most popular musical genres being rap, hip-hop and trap.

The most popular tracks among Philly listeners include “Philly, Philly” by Eve and Beanie Sigel, “Middle of Da Summer” by Meek Mill and “Glamorous Life” by Cool C.

More than 3,000 Spotify playlists containing the Philly term “jawn” have been created, and Philly listeners are streaming Spotify mood playlists “lit,” “swagger," “feel good” and “confident” the most frequently.

As for podcasts, comedy ones are the most popular among Philly listeners on Spotify.