State gives $10 million for renovations to The Gallery 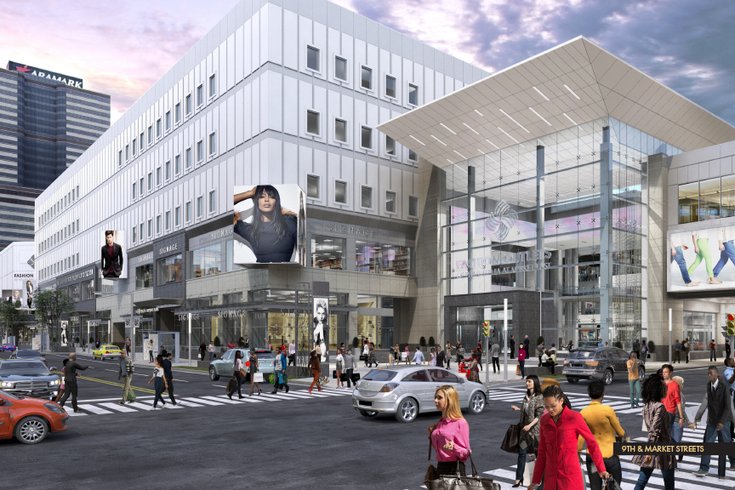 Pennsylvania has awarded a state grant to the developers turning The Gallery mall at Market East into the revamped Fashion Outlets of Philadelphia.

"This project will not only upgrade the Gallery and create new jobs and retail options, but it will also better connect people visiting this area to public transportation options and enhance pedestrian connection between landmarks like City Hall and Independence Hall," Wolf said in a press release.

The two developers behind the project — Pennsylvania Real Estate Investment Trust of Philadelphia and California-based Macerich – had been waiting to hear back on their request for state aid, according to Philly.com.

Progress on the renovations has been delayed since the shopping center closed and construction began in 2013, with the original spring 2017 opening date getting pushed back to 2018.

City Council approved a $55 million investment in the project last year. At a press conference announcing the state's grant Thursday, Mayor Jim Kenney said the project would create 2,000 construction jobs and 2,300 permanent jobs once the mall opens, according to CBSPhilly.