The condition, which affects about 1 in 1 million people, causes muscles in the trunk and limbs to become rigid, increasing the likelihood of falls 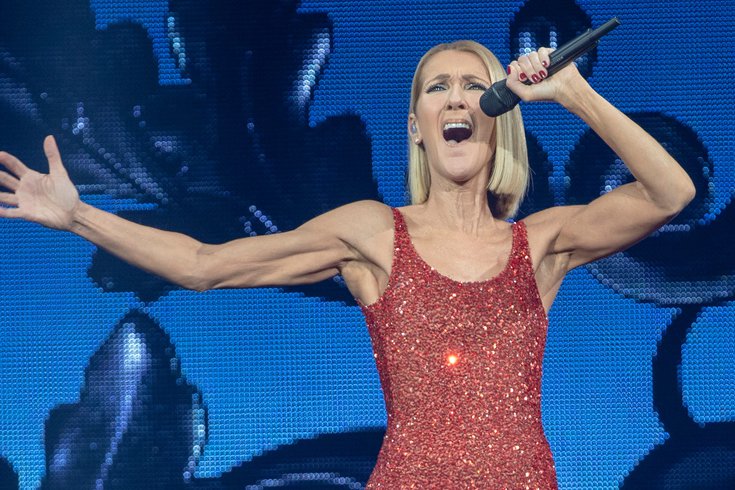 Celine Dion revealed she has a stiff-person syndrome, a rare autoimmune disorder characterized by stiffness and rigidity in the muscles.

Stiff person syndrome – the rare autoimmune disorder that singer Celine Dion revealed she has – causes severe, involuntary muscle stiffness and spasms in the torso and limbs, leading to difficulties with walking, talking and singing.

On Thursday, Dion, 54, said she is postponing her spring European tour – and canceling eight summer dates – to find ways to manage her SPS diagnosis.

"While we're still learning about this rare condition, we now know this is what's been causing all of the spasms that I've been having. Unfortunately, these spasms affect every aspect of my daily life, sometimes causing difficulties when I walk and not allowing me to use my vocal cords to sing the way I'm used to," the five-time Grammy Award winner said in a YouTube video.

There are treatments specifically designed for SPS and research has been limited. Dion opening up about her condition could be a breakthrough for advancing research, according to Dr. Leah Croll, a clinical neurology professor at Temple University.

"I will say that Celine Dion has done something really amazing by sharing her diagnosis because she's shining a light on this rare disease," Croll said. "And you know, when a celebrity does that, it's such a gift because invariably, (new) research dollars start coming in once public attention has been drawn to a disease process. So hopefully, you know, in the future, we may have more answers."

What is stiff-person syndrome?

Stiff-person syndrome is an autoimmune disorder of the nervous system. It is characterized by stiffness and rigidness in the muscles. The disorder usually affects the muscles of the trunk and limbs, though any muscle can be impacted, Croll said.

Symptoms are prone to come and go; however, their severity can vary, and touch, sudden noises, and distress can aggravate them, according to the Mayo Clinic. People with SPS can develop abnormal, hunched-over postures and become too disabled to walk. Falls are common because people lack normal reflexes to catch themselves.

"Just imagine having the worst Charley Horse you can have but it's affecting a ton of muscles in your lower back and legs — and it's constant," Dr. Kunal Desai, a neurology professor at Yale University, told the Washington Post. "It's very painful."

Johns Hopkins detailed the disorder's progression through the story of a New York woman named Gay. She first began experiencing spasms in her legs that worsened after physical activity. Within a decade, the woman, who had other autoimmune and musculoskeletal issues, including osteoarthritis, was struggling to function, relying on crutches to walk.

The pain can make it difficult to carry out various everyday activities, like going to the bathroom or driving. Dion said living with SPS "has been a struggle."

"All I know is singing; it's what I've done all my life, and it's what I love to do the most," she said. "I always give 100% when I do my shows, but my condition is not allowing me to do that right now."

Scientists have not yet determined the cause of SPS, according to the Mayo Clinic. But it appears to be the result of a faulty autoimmune response in the brain and spinal cord.

The disorder causes the nervous system to send too many signals to the muscles, causing overstimulation and spasms, Dr. Andrew McKeon, a Mayo Clinic professor of neurology, told the Washington Post.

A person's "whole body can seize up when startled or in other situations," he said.

How rare is the disorder?

About 1 in 1 million people is diagnosed with SPS. That is so rare that only a handful of clinics address the disorder.

"Anyone who is experiencing difficulties with movement should certainly seek out consultation with their primary doctor and potentially a neurologist as well," Croll said. "And once a neurologist has done an evaluation and will have a sense of what tests would be helpful to order, they can start thinking about which diseases they need to worry about for that patient."

There has been limited research conducted on SPS, but most cases have diagnosed among people adults ages 20-50. It is also 2 to 3 times more common among women than men.

What treatments are available?

People with SPS use different therapies to manage symptoms and prevent disease progression; however, none specifically target stiff-person syndrome, Croll said. There is no cure for the disorder, either.

Doctors use treatments that target the nervous system directly to restore balance and prevent the immune system from attacking the nervous system, McKeon said. These include various injections, therapies and prescribed medications.

Diazepam, an oral anti-anxiety and muscle relaxant, can help symptoms improve, according to the Mayo Clinic. So can drugs designed to treat muscle spasms, like baclofen and gebapentin.

A study by the National Institute of Neurological Disorders and Stroke found that intravenous immunoglobulin treatment can help reduce stiffness, sensitivity to noise, touch, and stress and for improving gait and balance.