Nutritionists have long recommended the Mediterranean diet for its heart and weight loss benefits. But emphasizing plant-based foods and eliminating red meat entirely has an even greater effect

By Brian A. Saunders
PhillyVoice Staff
Healthy Eating Diets
from 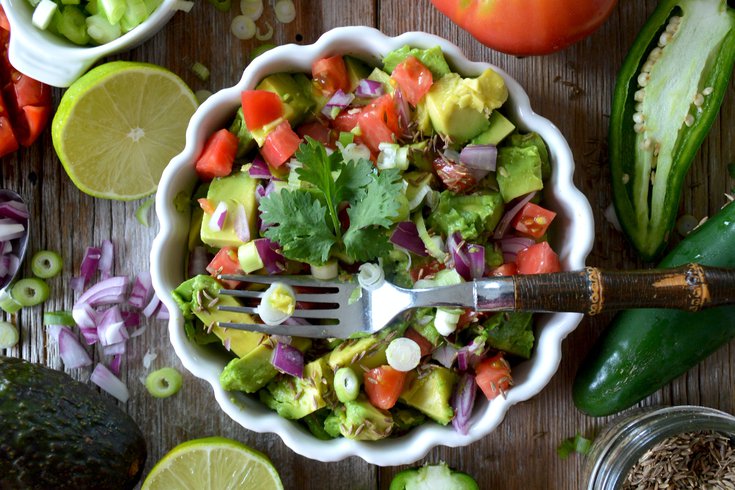 As the holiday season arrives, many people begin planning their goals for the upcoming year. One of the most common New Year's resolutions is to adopt a healthier lifestyle, an effort that often includes a specific diet.

In 2022, about 20% of resolutions were associated with losing weight, according to research from Statista. But finding a reliable and sustainable diet can be challenging, with so many fads hitting the internet and people often looking for quick and easy solutions.

The Mediterranean diet, based on the traditional cuisine of Greece, Italy and other countries located along the Mediterranean Sea, is consistently cited as one of the healthiest diets. It emphasizes consumption of plant-based foods such as grains, vegetables, fruits, nuts and olive oil and limits intake of red meats, processed foods, white bread and sugars.

It also calls for eating fatty fishes, like salmon, tuna and mackerel, that are high in omega-3 fatty acids. These fatty acids fight inflammation, decrease triglycerides, reduce blood clotting and lower the risk of stroke and heart disease.

A variation of this diet, known as the green Mediterranean diet, may be even healthier.

It has been found to reduce twice as much visceral fat as the standard version, new research shows. Visceral fat is the fat around the body's organs. Too much of it increases the risk of diabetes, heart disease and cancer.

"A 14% reduction in visceral fat is a dramatic achievement for making simple changes to your diet and lifestyle," said Dr. Hila Zelicha, a doctoral student who worked on the study with Iris Shai, a professor from the Harvard School of Public Health. "Weight loss is an important goal only if impressive results in reducing fatty tissue accompany it."

The study, which involved 294 people, suggests the quality of food in a diet is just as important as the number of calories a person consumes, Shai said.

People who are considering altering their diets should follow several guidelines to ensure the changes stick, according to Reena Panjwani, a registered dietitian-nutritionist at BlueCross BlueShield of Tennessee. That includes making realistic, measurable goals.

For instance, people can increase their vegetable intakes by adding one or two servings a day. To gain nutritional benefits, it's not necessary to make a wholesale change, like only eating salads, Panjwani recommended.

People also can consider cutting back on the amount that they eat out, she says. Cooking at home can eliminate calories and hidden salt intake thanks to the fresh ingredients.

Cutting down on sugary drinks and adding an extra glass of water a day can help the metabolism function properly, Panjwani added.