The experimental shot reduced the risk of severe illness and death among mice. Now, researchers are designing human studies 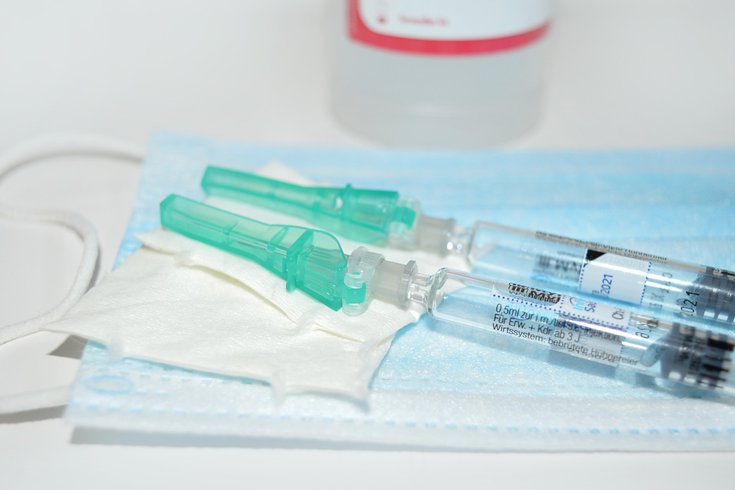 University of Pennsylvania researchers are testing an experimental influenza vaccine that would protect against 20 known flu strains.

An influenza vaccine that protects against 20 known flu strains is one step closer to becoming a reality.

The experimental vaccine, developed by researchers at the University of Pennsylvania, is not meant to replace annual flu shots, which are designed to protect against seasonal influenza strains. Rather, it is intended to provide protection against new flu strains capable of causing a deadly pandemic.

"The idea here is to have a vaccine that will give people a baseline level of immune memory to diverse flu strains, so that there will be far less disease and death when the next flu pandemic occurs," said Scott Hensley, a microbiology professor at Penn's Perelman School of Medicine.

In animal studies, the vaccine significantly reduced the risk of severe illness and death – even when the animals were exposed to flu strains that differed from the ones used to create the vaccine. The findings were published in the medical journal Science earlier this month.

The vaccine uses the messenger RNA technology that spawned the COVID-19 vaccines from Pfizer and Moderna.

The vaccine is not meant to provide sterilizing immunity that completely prevents influenza infections, the researchers said. Instead, it primes the immune system to respond better to new flu strains, lowering the risk of hospitalization and death and the need for social distancing and lockdowns.

"It would be comparable to first-generation (COVID-19) mRNA vaccines, which were targeted to the original Wuhan strain of the coronavirus," Hensley said. "Against later variants such as omicron, these original vaccines did not fully block viral infections, but they continue to provide durable protection against severe disease and death."

In mice, the vaccine elicited high levels of antibodies for at least four months. The immune response was strong regardless of whether the animal had been exposed to the flu virus beforehand.

Now, the Penn researchers are designing clinical trials to test the vaccine in humans. The hope is that the vaccine will significantly reduce the risk of severe flu infection among people of all ages, including young children.

The vaccine is aimed at overcoming a phenomenon known as imprinting. Studies show that people respond better to vaccines that target the first flu strain they encountered than those that target other strains. For instance, a person whose first bout with influenza was caused by an H3N2 virus will receive better protection from a flu vaccine targeting H3N2 than one targeting a different strain.

The most common flu viruses that circulate among humans are influenza A viruses, which include H1N1 and H3N2, and two subtypes of influenza B. Together, they cause hundreds of millions illnesses each year.

The U.S. Centers for Disease Control and Prevention has long sought a universal flu vaccine that can protect against a broad spectrum of flu viruses. Such a vaccine would provide long-lasting immunity against all flu strains for multiple years, and potentially eliminate the threat of seasonal and pandemic influenza, scientists say.

Some outside experts view Penn's experimental vaccine as a potential game changer.

"I think this is some of the most exciting work in vaccinology in a long, long time," Michael Worobey, a professor of evolutionary biology at the University of Arizona, told STAT.

Others caution that there is still a lot of work that needs to be done before a vaccine will be ready for the public. One of the biggest issues will be finding the lowest dose that provides strong protection, but doesn't elicit significant adverse effects. And it needs to be shown to be effective among people.

"The proof of the pudding will be what happens when it goes into humans and how going into a preimmune population skews the response to it," Dr. Richard J. Webby, a flu expert at St. Jude Children's Research Hospital in Memphis, Tennessee, told The New York Times.