Current tests for the tick-borne illness rely on the detection of antibodies, which can take weeks to appear in the blood 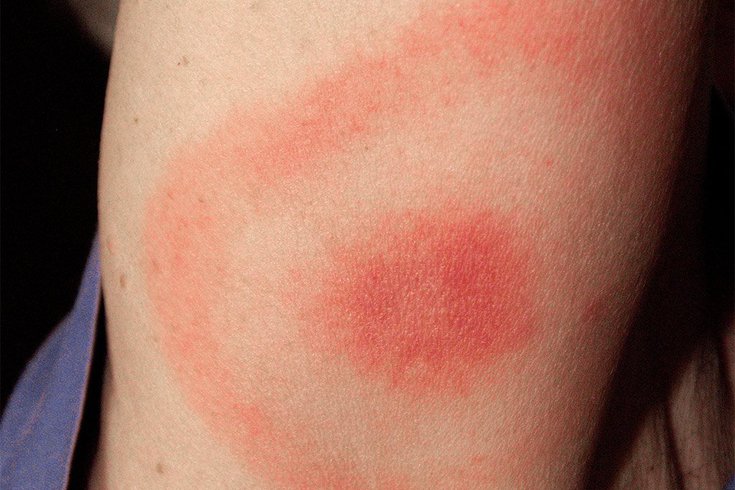 Diagnosing Lyme disease remains a challenge, but the discovery of a set of 35 biomarkers may enable scientists to develop a better test for the tick-borne illness.

Tick-borne illnesses have nearly doubled in the United States since 2004, with Lyme Disease accounting for most of the increase.

Early diagnosis of Lyme disease and treatment with antibiotics offers people the best outcomes, but diagnosing the illness remains a challenge. New research, however, may contain the breakthrough scientists need to develop a more sensitive diagnostic test.

The study found differences in gene expression among people with acute and long-term Lyme disease and those with other infectious diseases. Researchers then used this information to identify a set of 35 biomarkers that may make an early diagnosis of Lyme disease easier.

"There still remains a critical unmet need, as this disease so often goes undiagnosed or misdiagnosed," said researcher Avi Ma'ayan, director of the Mount Sinai Center for Bionformatics in New York.

Current diagnostic tests are not 100% reliable partly because they rely on the detection of antibodies, which can take weeks to be visible in the blood.

Another diagnostic obstacle is that the symptoms of Lyme disease can resemble those caused by other infections, especially when there is no detectable rash. So, many patients initially are misdiagnosed and need to be retested. Often, the patient doesn't even remember being bitten by a tick.

"A diagnostic for Lyme disease may not be a panacea but could represent meaningful progress toward a more reliable diagnosis and, as a result, potentially better management of this disease," Ma'ayan said.

Lyme disease is endemic to Pennsylvania, and it easily records more cases than any other state. In 2019, there were 8,998 probable and confirmed cases in Pennsylvania, more than double the next state, New York, and 173% increase from 2010.

Therefore, doctors are advised to maintain a high level of suspicion when a patient's symptoms and story may match Lyme disease, experts say.

Lyme disease is a bacterial infection caused by a bite from an infected tick. According to the Mayo Clinic, symptoms appear 3 to 30 days after the bite. Some people develop a rash that slowly expands up to 12 inches over several days. It can spread beyond the site of the bite to other parts of the body. The rash is generally not itchy or painful, but it may be warm to the touch.

Other symptoms include fever, chills, aches, headache, stiffness, swollen lymph nodes and fatigue. If Lyme disease is not caught early enough, it can lead to joint pain and inflammation, as well as neurological and heart problems.

About 20% of people with Lyme disease suffer from long-term symptoms after antibiotic treatment. These people can experience joint inflammation, pain, fatigue and difficulty thinking for more than 6 months after they finish treatment, according to the U.S. Centers for Disease Control and Prevention.

To avoid tick bites, use insect repellent with DEET when hiking or walking in wooded areas. Avoid areas with tall grass. Try to stay in the center of the path. Take a shower immediately after getting home from any tick-infested areas and check your body thoroughly for any ticks. Have someone check your hair and other hard-to-reach places. Parents should inspect their children from head to toe.

To remove a tick, use tweezers to pull it out without crushing the body. Use antiseptic on the bite mark after the tick is removed. Anyone who develops symptoms consistent with Lyme disease after being bit by a tick is advised to see a doctor.