A topical gel that would lower sperm production is in a clinical trial, but it remains about a decade away from FDA approval, scientists say 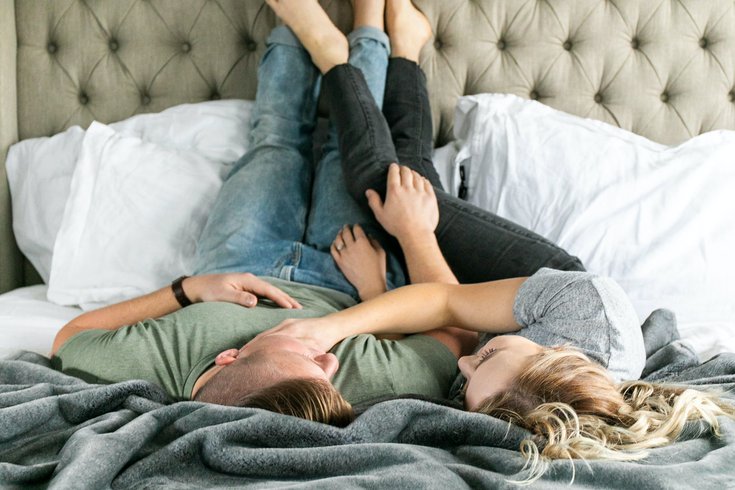 Consumer research shows that 8 in 10 men feel solely responsible for contraception or want to share responsibility in preventing pregnancy with their partners.

Scientists have been researching new contraceptives for men for decades. But since the fall of Roe vs. Wade earlier this year, there has been a renewed interest in expanded options, with more men expressing a desire to share the responsibility for contraception with their partners.

And consumer research shows that 8 in 10 men feel solely responsible for contraception or want to share responsibility in preventing pregnancy with their partners. And though they are generally satisfied with current methods, many say they would consider new methods. But they stress these options must be nonhormonal, carry limited side effects and be reversible.

Currently, the only options for male contraceptions are condoms and the more permanent vasectomy. Clinical trials on new methods are in the works, but they are still about a decade away from being available to the public, scientists told NPR.

Researchers at the University of Washington are leading a clinical trial on a hormonal topical gel that a man applies to his shoulders every day. The gel is made of a combination of synthetic testosterone and progestin, hormones that signal the brain to lower testosterone levels. This in turn reduces the number of sperm produced in the testes.

Almost 450 couples have enrolled in the study, which consists of three phases. In the first phase, the man applies the gel every day, but he and his partner still use another form of contraception when they have sex. Once the man's sperm count is low enough to prevent pregnancy, the couple enters the second phase, in which they stop using the other contraceptive methods.

In the third phase, the man discontinues using the gel while the researchers continue to monitor his sperm count. The researchers seek to prove that the effects of the gel are reversible and that men can regain fertility when they stop using it.

Other scientists are exploring oral contraceptives, including a nonhormonal pill that targets specific points in the life cycle of sperm, like when they gain the ability to swim or fertilize an egg. And Australian researchers are working on a gel that is injected into the vas deferens to block the sperm from being transported to the urethra in preparation for ejaculation.

The topical gel being developed at the University of Washington is the closest to becoming a reality, according to Dr. Diana Blithe, chief of the National Institute of Child Health and Human Development's Contraceptive Development Program. So far, 100 couples have successfully completed one-year of the clinical trial.

"The results have been much better than we expected, and we're very excited," she said in August. "The efficacy rate appears better than 'the pill' and, so far, seems on par with long-acting reversible contraceptives for women."

Blithe said if the male contraceptive gel make it to Phase III testing in the U.S., it would enter unchartered territory for the U.S. Food and Drug Administration. No male birth control product has made it that far in testing. She said the researchers will have to work closely with the FDA to define safety and efficacy parameters.

"If this were a study on a female contraceptive product, we know what to expect — there are products that have cleared these steps and are available on the market. But there is no comparison or standard for a male product," she said.

Most contraceptive focus has centered on developing more safe and effective birth control options for women in part due to cultural perspectives. Because women carry and birth children, and traditionally have shouldered most of the responsibility in caring for children, the onus for preventing pregnancy has fallen on them.

But there are also biological challenges and funding issues.

Though women usually only release one or two eggs a month, men produce millions of sperm a day, making it more difficult to determine how low a man's sperm count needs to be to render him infertile. Researchers say a sperm count of less than 1 million sperm per milliliter of semen is the sweet spot for preventing pregnancy.

Another obstacle has been the risk of serious side effects associated with male contraceptives. In the 1990s, clinical trials for a male hormonal contraceptives were stopped because they were linked to an increased risk of prostate cancer and toxicity of the heart, liver and kidney.

The male contraceptive methods that are being tested today don't have the same risk of serious side effects as those earlier versions, but some trial participants have reported weight gain, changes in libido, acne and mood swings, which are similar to the side effects women experience when on birth control.