Straight Shooters: AEW vs. NXT war already over? Goldberg's back, and when will WrestleMania come to Philly? 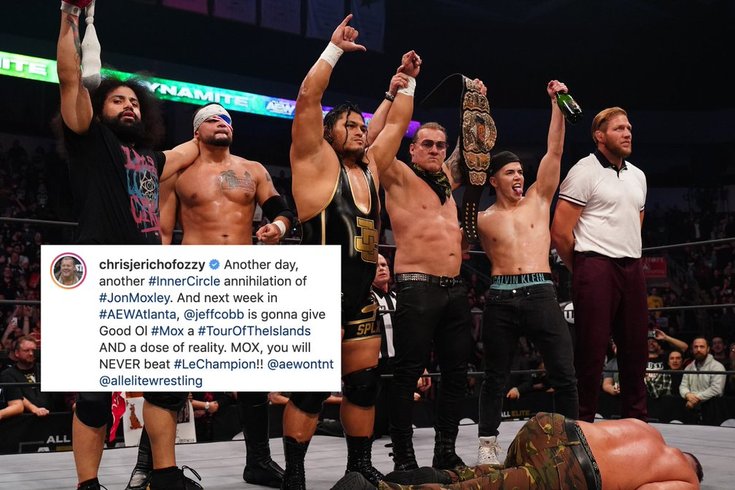 Chris Jericho leads the Inner Circle's destruction of Jon Moxley this past week on Dynamite. Jericho defends the AEW Championship against Moxley at AEW's next pay-per-view, Revolution, on February 29.

Nick Piccone (@nickpiccone) and Vaughn Johnson (@VaughnMJohnson) discussed how this has all played out since October, as one of them officially declares the Wednesday Night War over. The other, not so much.

Also, the duo discusses WrestleMania returning to Los Angeles next year, and give their opinion on when we could possibly see WWE's premier event head back to the City of Brotherly Love. It's going to happen eventually!

And Goldberg is back and taking on "The Fiend" Bray Wyatt for the Universal Championship at Super Showdown in Saudi Arabia on February 27. Will WWE really put a title back on Goldberg to facilitate a Goldberg/Roman Reigns WrestleMania match?