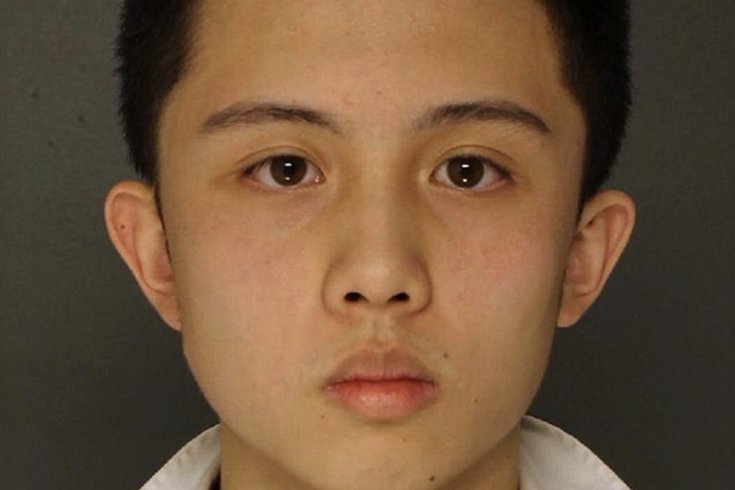 An Tso Sun, 18, an exchange student from Taiwan, is charged with making terroristic threats against his school, Monsignor Bonner and Archbishop Prendergast High School. He said it was a joke.

The 18-year-old student charged with threatening to shoot up a Delaware County high school liked guns and flamethrowers, and wanted to become a police officer, according to friends and acquaintances.

An Tso Sun, an exchange student from Taiwan who was arrested Tuesday, was "a child who really cares about things," a tutor told the Associated Press.

“He was an extremely simple and kind student, yet he would often have unusual ideas,” said Cheng Wei-ting, a tutor who home-schooled Sun in Taiwan’s capital, Taipei.

A friend of Sun's father, Tuo Zong-kang, told reporters Thursday that the teen wanted eventually to study criminal psychology at an American university.

According to Upper Darby police, Sun threatened to begin shooting on May 1 at his school, Monsignor Bonner and Archbishop Prendergast High School. He had ammunition, a military-style vest, ammunition clip pouches and a high-powered crossbow in the Lansdowne home where he was staying, authorities said.

Sun subsequently claimed the threat was only a joke, but was charged with making terroristic threats after his arrest.

Enrique Latoison, a Media defense attorney, said his client “had no intention or plans” to commit a school shooting and many items found were what he wore to school for a Halloween costume contest, the AP reported. He said his client said he was “Just kidding.”

Tuo's memories of Sun paint a different portrait of the teenager, the AP reported:

Tuo, his father’s friend, told reporters he remembers Sun as “a very polite kid who had good grades, very disciplined and very kindhearted.”

“He lives in a family full of warmth, and his parents are very kind to him,” Tuo said. Regarding his arrest, he said, “I think it is a very, very big misunderstanding.”

Sun, who remains in Delaware County Prison in lieu of $100,000 bail, has a preliminary hearing scheduled for April 11.