Cannabis use more detrimental to brain health than alcohol use, study claims 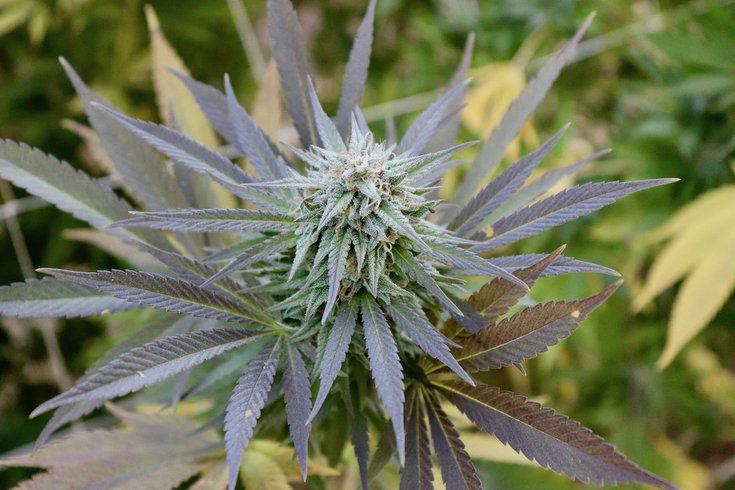 A new study links cannabis use to premature brain aging.

It’s Monday, so most of us aren’t feeling all that sharp to begin with, but a new study shows that there are certain — shall we say, weekend — behaviors that are likely to negatively affect your brain power in the long term.

A study published in the "Journal of Alzheimer’s Disease" used brain scans to pinpoint and assess the disorders and behaviors — from bipolar disorder to cannabis consumption — that prematurely age one’s brain. Topping the list of behaviors that give your brain figurative gray hairs is cannabis use, which ages the brain about three years, on average. Surprisingly, the study found cannabis ages the brain — read: decline in memory retention and increased risk of Alzheimer’s or dementia, among other things — more rapidly than disorders such as ADHD and alcoholism.

The study, the largest of its kind with 62,000 brain scans analyzed, was led by Dr. Daniel Amen, a psychiatrist specializing in SPECT (single photon emission computed tomography) — a.k.a. brain scans — as well as a team of scientists from Google, UCLA and Johns Hopkins University.

Amen and his team looked at 62,454 brain scans of more than 30,000 individuals ranging from one year old to 105, according to the study. The idea here is that the brain, like many other body parts, should look a certain way at every age and that information, paired with the wear and tear they saw on the brain scans, allowed researchers to establish an estimated brain age. At the same time they could establish the average brain aging caused by certain behaviors and disorders, including cannabis use, dementia, ADHD, major depression, bipolar disorder, generalized anxiety disorder, traumatic brain injury, schizophrenia, and alcohol use disorder.

Schizophrenia was the disorder attributed with the highest brain aging rate, with an average of four years of premature aging — which seems reasonable knowing the kind of stress the disorder could put on a person’s brain. Clocking in at the second-highest brain aging rate is a little bit more surprising: cannabis abuse, with an average of 2.8 years of premature aging. An interesting result for a “disorder” that you’d think would do the opposite of stressing out your brain.

“People sort of think of it as an innocuous drug, but that’s not what our studies or our experience is telling us,” Amen told Healthline. “The evidence I have from the world’s largest imaging database and experience over the last nearly 40 years is that it harms the brain. It decreases blood flow to the brain, it makes your brain more toxic.”

Naturally, these results were fairly controversial. Advocates of marijuana are critical of Amen's characterization of cannabis and call out other studies that have noted its beneficial effects in the treatment of Alzheimer’s and dementia. That being said, there’s always an emerging study that completely contradicts many others. When it comes to those examining the effects, both positive and negative, of cannabis, the more studies, the merrier.