The Eagles fall in the middle of the pack 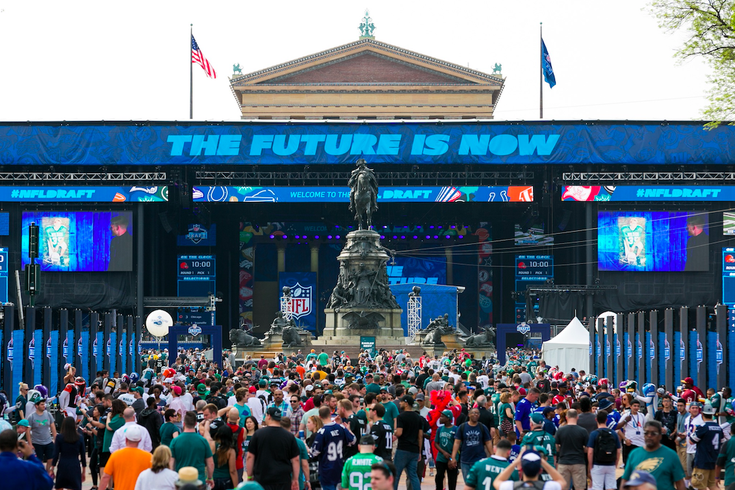 Football players selected in the first round of the NFL Draft on Thursday night likely will see their social media accounts increase by thousands and thousands of followers.

And those players' social media followings will really skyrocket if they are fortunate enough to be selected by the Dallas Cowboys or New England Patriots.

Those are the preliminary findings of a multi-year study being conducted by Temple University professor Thilo Kunkel, who will monitor hundreds of Twitter and Instagram accounts throughout the three-day event – just as he did last year.

Kunkel, an assistant professor in the School of Tourism and Hospitality Management, tracked the social media accounts of every player selected during the 2017 NFL Draft, recording how many followers they gained on the two social media platforms.

Players selected during the first round added an average of 20,000 followers on Instagram by the end of the draft. That was significantly higher than players selected in lower rounds. A similar pattern played out on Twitter, too.

Players selected in the second round gained an average of 5,000 Instagram followers. Third round selectees saw an average uptick of about 4,000 followers.

For a player looking to capitalize on his big moment through sponsorships, that difference could make, well, a big difference.

"What's interesting is that some athletes – they are active on both platforms," Kunkel said. "They've built a strong brand on both. And some are really focused on one of the two. ... I don't think any sponsor is signing a deal without social media at this point."

But draft rounds aren't the only factors at play.

"We see a big difference for athletes getting selected by the Dallas Cowboys, for example, compared to the Cleveland Browns," Kunkel said.

For instance, seventh round players recorded a higher average increase last year than players picked in the sixth round. That's mostly because the Cowboys had three picks in the final round.

"America's Team" provided its players with the most followers.

"We don't want to hear that in Philadelphia, but it was the Cowboys," Kunkel said. "The Cowboys and the Patriots. Those are the two teams with the biggest online following."

The Eagles fell in the middle of the pack last year, Kunkel said. But he expects that to change this year, thanks to their Super Bowl victory.

The team had gained about 200,000 Instagram followers within two days of beating the Patriots in the Super Bowl.

Kunkel also found that players who already had built up their social media following typically outgained players who had not.

Deshaun Watson, a quarterback selected by the Houston Texans gained the most followers last year – more than 50,000 on Twitter and about 95,000 on Instagram.

"If they have built a strong following before the draft," Kunkel said, "That also means they are benefiting most from the exposure of the draft."

Kunkel has not published his findings because the study is ongoing, but he is adding two nuances for this year's draft.

He will examine whether players gain more followers when their teams tag their social media accounts when announcing their selections. He'll also look to see whether individual players impact their new team's social media following.