Survey: Amid Amazon headquarters race, Philly has a ‘reputation problem’ among job seekers 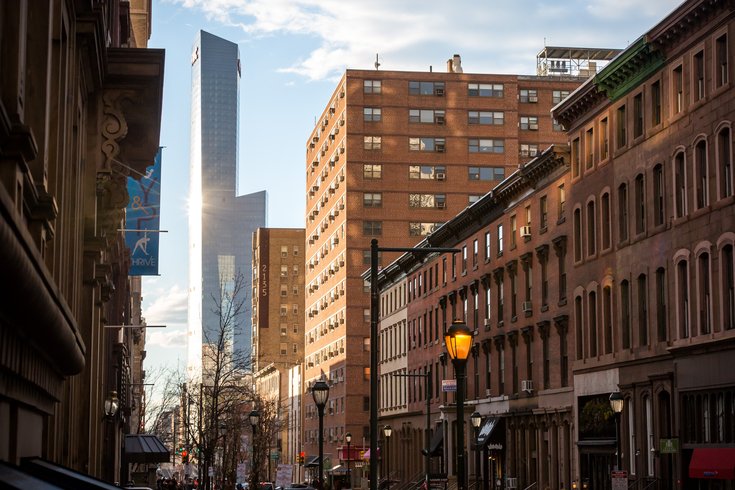 The setting sun reflects off the Cira Center South tower on Walnut Street.

Since news broke of Amazon’s quest for a second headquarters in a yet-to-be-determined city, Philadelphia has been one of the many U.S. metropolises vying for the coveted slot.

Though some people believe Philly would make a good home for HQ2, a report from King of Prussia-based recruitment company Nexxt questioned how many of Amazon’s prospective employees would actually want to move here considering the general impression of Philadelphia’s job market and professional opportunities.

“The area struggles to be seen as a major hub in comparison to larger East Coast cities,” Nexxt said in a statement.

After surveying about 600 male and female professionals, the report showed that technology and health care are attracting the most job seekers to Philly. The city has extra appeal, the report said, thanks to relative affordability.

Nonetheless, potential newcomers can’t shake the fact that Philadelphia is not New York.

Of those surveyed, 63 percent don’t believe Philly has the same long-term career opportunities associated with Boston, New York or Washington, D.C. About 63 percent also believe there are less exciting companies to work for here in Philly.

Fifty-six percent also said that there aren’t as many opportunities to learn and grow in their career field if they work in Philadelphia.

“Philadelphia suffers from an image problem,” Joe Weinlick, senior vice president of marketing at Nexxt, said in a statement.

“Philly does have some great businesses, and the country is adding an average of 100,000 new jobs every month, but we need to do a better job of promoting ourselves and the opportunities right here. Of course, if Philadelphia can seriously compete and win the new Amazon headquarters, that would give us an immediate shot in the arm.”