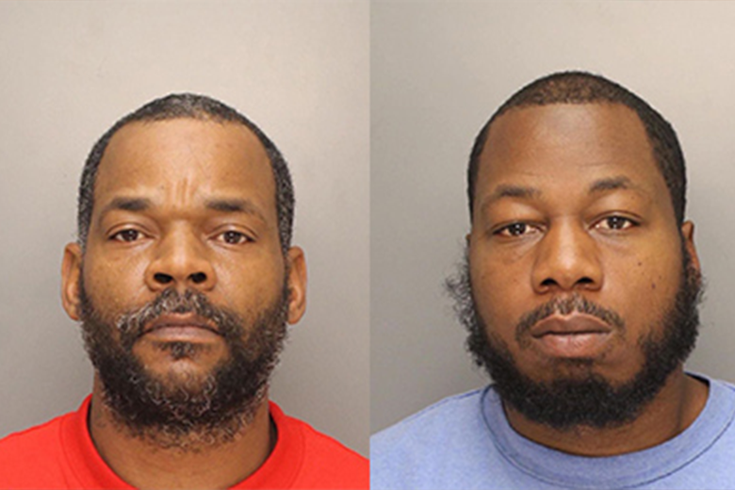 Rashid Izzard, 41, and Bryant Pearl, 37, were arrested Tuesday for the theft of an ice cream maker from a cafe in Fern Rock.

Police made two arrests in the theft of an ice cream maker from a cafe in Fern Rock.

The suspects, 41-year-old Rashid Izzard and 37-year-old Bryant Pearl, were taken into custody on Tuesday after police released surveillance video of the theft.

In the surveillance video, two unknown males can be seen pulling up in front of Ron’s Cafe at 5720 North Broad Street in an older model two-tone blue and white Chevy Suburban on Sept. 29 at 8:23 a.m.

Police say the suspects then entered the cafe’s stock room at the rear of the business and removed a Cold Lite 100B ice cream maker valued at $9,000. They can be seen loading the machine into the back of the vehicle. Both suspects then fled in the same vehicle in an unknown direction.

Police received an anonymous tip from someone who recognized the vehicle after seeing it on a local news station in reference to the theft.

The ice cream machine was found in Izzard's garage on the 2100 block of Eastburn Avenue.

Izzard and Pearl are charged with theft and related offenses.