Does being tall affect your health? Research shows it may increase risk of some medical conditions 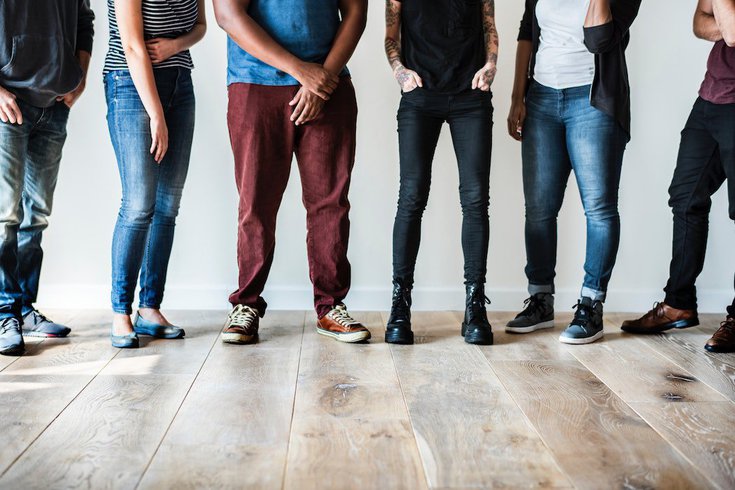 While the mechanisms are not completely understood, studies have shown that taller people are at higher risk for several types of cancer, blood clots and spine and back problems.

In the world of supermodels and professional athletes, being tall is often considered a desirable trait, but some studies show that it also may come with some increased health risks.

Though the mechanisms are not completely understood, studies have shown that being taller increases the risk for several types of cancer, blood clots and spine and back problems. On the other hand, taller people are less prone to heart disease and diabetes.

Here's a glimpse at what the research shows, including a new study examining the effect of height on colon cancer.

The study found that taller people have a higher risk of colon cancer and suggested height measurements should be a part of screening for the disease.

Scientists at Johns Hopkins Medicine found that every 3.9-inch increase in height boosts the risk of colon cancer by 14% and the odds of an adenoma – a noncancerous tumor – by 6%.

"The findings suggest that, overall, the tallest individuals within the highest percentile of height had a 24% higher risk of developing colorectal cancer than the shortest within the lowest percentile," study co-author Dr. Gerard Mullin, told U.S. News & World Report.

"This is the largest study of its kind to date," Mullin said in a statement. "It builds on evidence that taller height is an overlooked risk factor, and should be considered when evaluating and recommending patients for colorectal cancer screenings."

"One possible reason for this link is that adult height correlates with body organ size," co-author Dr. Elinor Zhou said. "More active proliferation in organs of taller people could increase the possibility of mutations leading to malignant transformation."

She added that more research is needed to better understand why taller people may be at greater risk than shorter people.

Other types of cancer

Height has been linked to a higher risk of dying from cancer too.

One study, published in The Lancet, found the risk of cancer death increased by 4% for every 2.5 inches in height. The reason for this association isn't clear. Scientists have theorized that it may be related to people eating too many high-calorie animal proteins during different stages of growth and development, leaving cells vulnerable to mutation.

Another theory is tied to organ size. With added height comes larger organs. That means there are more cells at risk of becoming cancerous.

According to Time Magazine, other studies also have found that tall and obese men have a heightened risk of developing aggressive forms of prostate cancer. And tall women are at an increased risk to develop melanoma, as well as breast, ovarian and endometrial and colon cancers.

It's not all bad news for tall people though.

Tall people have lower rates of heart disease and diabetes. The Lancet study found that for every 2.5 inches of height, a person's risk of dying from heart disease decreases by 6%. Having bigger lungs and a stronger heart may partly explain this association, the researchers said.

The one caveat to this is atrial fibrillation, a heart rhythm disorder. A study found that women who are both taller and heavier are almost three times as likely to develop atrial fibrillation than other women – especially if they had a larger body size as young adults. That higher risk may be due to larger cells in the heart and extra pressure against the lungs, which could cause the heart to swell, the researchers theorize.

Scientist Thomas Samaras previously told Discover Magazine that height can affect longevity. In his research, he has found that in just about every population, short people tend to live longer. Using Veterans Administration hospital data, he found that in the U.S., shorter and lighter men lived longer than those who were taller and heavier.

Interestingly though, there also have been studies that have suggested the opposite – that taller people live longer – and some studies indicate no association at all between height and longevity.

Samara acknowledged that other factors, such body weight, genes, stress, socioeconomic status and lifestyle, play a stronger role when it comes to longevity.

Dr. Eeric Truumees, an orthopedic surgeon in Austin, Texas, told U.S. News & World Report that blood clots are a bigger concern for taller people. The risk of developing venous thromboembolism is highest when a person can not move their leg muscles frequently, like on a long plane ride or after surgery.

One study found that men 6 feet or taller were almost three times more likely to develop a blood clot than men at least 4 inches shorter. And men who were both tall and obese had five times the risk.

Spine and back problems

Trummees also pointed out that taller people are more at risk for spine conditions like scoliosis and more likely to suffer from back problems because most workspaces and other environments, such as airplanes, are designed for people of average height.

While there appears to be a clear link between height and certain medical conditions, scientists say the potential health risks associated with being taller are most likely lower than controllable risk factors like diet, exercise, smoking and drinking alcohol. Living a healthy lifestyle is the most important way to reduce the risk of disease and mortality.